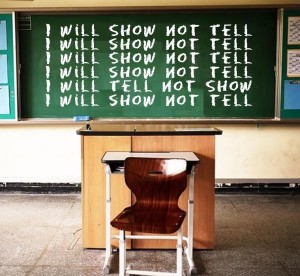 When I first sat down and put fingers to keys, full of optimism about being a writer, I looked for suggestions about how to write my first book. Any guesses what I found? The two most overused pieces of advice in writing: “Show, don’t tell,” and “Write what you know.” If writers’ groups were classic rock radio stations, those two pieces of advice would be Stairway to Heaven and Hey Jude. All good enough, as far as it went, but I didn’t even understand what they meant.

It took me quite a while to get the hang of “showing,” not “telling.” Years, honestly. I never said I was bright, or a quick study, did I? Finally, ten years later, I think I’ve got it. Instead of just “telling” my reader what happens, I put them in the scene. Make them a part of it. Give them an emotional connection to the material. What I’m not sure of is when this became the way to go. END_OF_DOCUMENT_TOKEN_TO_BE_REPLACED 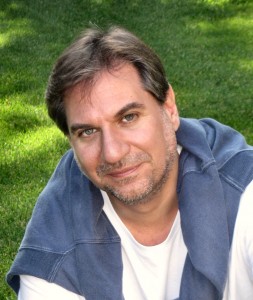 Writers seem to fall into one of two camps: Those who love following the rules and those who love to break them. My view? The rules taught in workshops and classrooms only matter to editors and other authors, not readers. So, here are my rules; the ones no fiction writer should ever break. END_OF_DOCUMENT_TOKEN_TO_BE_REPLACED 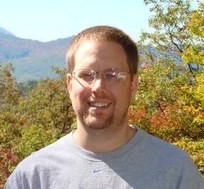 My Echo Chronicles series is written in third-person omniscient voice. As you know, that means I follow the characters in a “He said,” “He went,” “He thought,” manner, and I give my readers insight into the thoughts and feeling of more than one character. My story does, of course, have a protagonist, and his is the main point of view and narrative voice, but I do drop into others as well. I have four main characters, and all four have lent their voices to the story at various times. This worked well for me through my first two books, but I hit a snag in the third. END_OF_DOCUMENT_TOKEN_TO_BE_REPLACED

[This article is part of a series by author Lin Robinson on the subject of so-called “rules” of writing. You can find the other articles here: Part 1, Part 2, Part 3, and Part 4.]

In this series I have mostly dealt with negative “rules” — adjurations to avoid the use of various parts of English speech that are perfectly useful.

In this final article I’d like to switch to debunking several “positive” kinds of “rules”: concepts which are urged, even pressed onto writers as necessary, but which I’d suggest you drop not just from you tool kit, but from your vocabulary.

The Myth Of “The Protagonist” — One of the most repeated and most utterly useless concepts for writers is “protagonist”. It’s a word that does absolutely nothing for you, and can mess you up. Perhaps you’ve seen newbies wailing, “Can I have more than one protagonist?” (And in screenplay circles, sometimes get answers like “OK, if it’s a ‘buddy movie'”, or “OK if it’s an ‘ensemble’ movie”, otherwise no. How about love stories. Do you really have to make one of the pair the main show and the other one subsidiary? How about a story of two rivals? But they’ll tell you that you have to because that’s the way it is and who are you to argue with Aristotle? END_OF_DOCUMENT_TOKEN_TO_BE_REPLACED