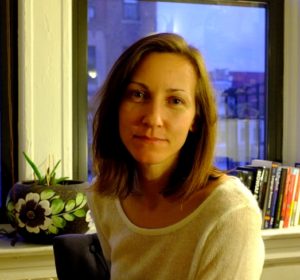 When I was really young my father gave each of his four children a book. Now, it wasn’t a particularly good fit for a child. It wasn’t about adventures and heroes and queens or kings. Simply put, it was a book about finance. David Chilton’s The Wealthy Barber is essentially about how low- and middle-income earners may become financially independent. Though I read the book long ago, one particular piece of advice has stuck with me all these years. If you save ten percent of your income every year for the rest of your life, you will eventually be rich.

In a chapter aptly titled “The Ten Percent Solution,” Chilton’s character, the barber, emphasizes paying yourself first. Yes, yourself first — as in, you getting paid off the top. Before paying bills, eating, going to the movies, paying to fix the car, et cetera, you have to pay yourself ten percent of your earnings — before tax, too. And that’s not ten percent to spend now, but ten percent to sock away in a bank until it’s transformed into something else — with luck, a million dollars.

So what does this have to do with writing? I’m getting there, I promise.

In June, I ran a Bookbub ad for my novel The Trinity, and despite the success of the promotion, I experienced a sense of disappointment and self-doubt afterward. First, let me give you some data since that may prove helpful. I gave away just shy of 51,000 free copies during a five-day run. By the end of August, I’d had over 180,000 pages read on that title, and have garnered over one hundred reviews across several Amazon markets since. I’m certainly pleased with Bookbub’s infamous halo effect. It’s been over five months, and The Trinity is still read regularly.

So what’s my point? I promise you this isn’t a brag. It’s more like a confession, a cleansing of the artistic soul. Though Bookbub’s halo effect is grand, its haze effect is daunting. For a newish writer whose psyche is about as fragile as a soap bubble, the befuddlement she may experience at a novel’s broad reception can be disorienting. Bookbub reaches readers out of your sphere — strangers who know little about you, which means they are unbiased and honest in their hate or love for your work. It doesn’t mean what they say holds any power over what you’ve written or that they’re particularly deft at reviewing your work. But they are being honest about how it made them feel. In turn, you, as the midwife of your work, have to bear the reality of its reception.

So how does this relate to the ten percent solution? Despite how emotional you may be when you write, how attached you may become to your characters, and how in love you fall with the world you’ve built from nothing but mindscapes, once your work is finished and you deem it ready for the public, its reception is out of your hands. All writers struggle with this, even the big and great ones. In an interview with the Harvard Business Review in 2015, Salman Rushdie — a man who understands reception deeply, and in a dangerous way — said that once you’re published, “you’re obliged to admit this thing that you thought of as a private act is actually an extremely public act … people get to say what they think of you. It’s like … dressing in public.” This kind of exposure — dressing in public — can be detrimental to those with sensitive souls. The words intellectually crippling come to mind, in fact.

Here’s where the ten percent solution comes into play. If you’ve been knocked off the writing horse for whatever reason, habit will get you up and riding again. Habit trumps emotion every time. It’s true it takes anywhere from 18 to 254 days to form a new habit, according to Phillippa Lally’s study in the European Journal of Social Psychology. But any published writer, whether indie or traditional, has already proven she’s committed to habit. Endurance and consistent effort are the two most important features of finishing anything as time consuming, and emotionally draining, as writing a novel. And for those just beginning, those wanting to write that first novel, habit will be the single, most important practice you follow to get it done.

When I fell off the horse, fumbling around in the aftermath of my Bookbub haze, habit alone got me back up. I had to write again — every day. With full commitment, without judgment, I had to do it. When I realized getting back on the horse was the only way through the pain, I saddled up. I committed to getting up an hour earlier than usual, sitting down at my desk immediately upon waking, and writing a thousand words a day until I’d finished another novel. I didn’t miss a day, I didn’t change my schedule, I didn’t let anyone or anything — including myself — steal my ten percent. That early morning contribution to writing, those one thousand words a day, were my payment to myself off the top. Every new idea and thought and dream and feeling and morsel of energy I regenerated through the night of sleep was spent first thing in the morning. No emails, no Internet, no coffee, no conversation. Just me, my headphones, and my keyboard. I spent my freshest and best for the day on myself, putting a thousand words in the novel bank so it could do its thing and one day become a full-length novel.

For you, it may be different. Your ten percent may be a page each night before you go to bed. Or maybe it’s a paragraph in the afternoon on your lunch break. Or maybe it’s the five thousand words you type out every day on your commute to and from work. Whatever it is, the habit of doing it, paying yourself your ten percent, will reap its rewards — and if you’re lucky, a million dollars. You will forge a connection to your work that is beyond emotional. It will become unconditional. If you won’t take my word for it, take my favorite novelist’s: “In writing, habit seems to be a much stronger force than either willpower or inspiration.” Yes, it does, Mister Steinbeck. Yes, it does.

Now, dear writer, go and start a new habit. Let each day and every day be your mantra.

K.P. Ambroziak’s published works include The Trinity and The Vincent Du Maurier Series, featured in Publishers Weekly Reviews Roundup in 2015. She moonlights as an academic, indulging in her interest in visual art and literature, and also writes contemporary romance under the pen name Vera Mae. For more information on K.P., visit her Author Central page.

10 thoughts on “Writers: Pay Yourself First”