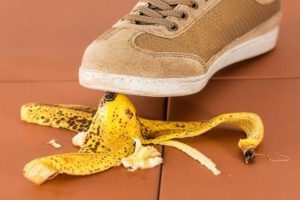 As an editor and proofreader, I have the opportunity to read quite a few first attempts by aspiring writers. I can absolutely relate to having a story to tell, to having characters take my brain hostage until I agree to set their story down on paper. At the time, it might seem that my only choice is to comply or go crazy. That’s how compelling and/or desperate the urge can feel.

However, there is one tiny little fly in the ointment. Most people, present company included, are not natural-born professional writers. Most people will not have an innate understanding of story arc, character development, or conflict. Sad to say, it’s not enough to simply sit down and write out your story. Like any art, our craft has parameters, and often the learning curve can be steep. In order to facilitate your progress, here’s a quick primer on typical newbie mistakes.

Many newbies are so enchanted with their story, they proceed to cram every detail of the back story into the first several pages—even the first few chapters—of their book. It’s a little like asking a used car salesman what that unusual color is on that 1999 Chevy. You’ve made eye contact, you’ve invited dialog, now you’re stuck for at least the next twenty minutes while he extols the virtues of said Chevy, telling you way more than you ever wanted to know. Newbies have a tendency to do this. They are so excited about their story, they want you to know everything about it, right from the start. They do what we call an info dump, swamping the reader with way too much information before they have any frame of reference for assimilating that information. Too much, too soon = instant eye glaze.

Balance the back story with the story that’s unfolding in your book. Is your main character under fire, fighting bad guys? In between the action, you can hark back to his training as a CIA agent. Does he get shot in the leg? Have him remember the last time he got shot, when he was in Libya and he feared to ever see his dark-eyed love again. Weave the back story in and out of the action, like contrasting threads of gold in the otherwise russet-colored cloth. Give your reader tidbits of information that help to frame the current action and explain who the character is. Doling out the back story a bit at a time saves the reader from the cursed info dump.

What? Now you’re going to harangue the newbies about not giving enough information?

Yes. One thing a writer has to remember is that s/he has the entire story in his/her head: all the back story, all the characters, all the relationships. The reader has only as much as we give them. Therefore, don’t assume too much. I’ve edited several stories where I get a very bare bones description of an event, and I end up with a lot of questions about it. Upon asking the writer, I might get back, ”That’s implied.” No, it’s not. It’s missing. Don’t assume the reader knows everything you know. They only know as much as you give them. Make sure you give them enough.

Lake of consistency usually comes into play in style more than content. Newbie mistakes often follow a failure to pay proper attention to detail. Do all your chapter headers have the same format, the same size text, the same emphasis: bold, italic, all caps? If you’re using dates either for chapter titles or for scene-setting within the text, are the formats all the same? Does your character retain the same name throughout the book? (Believe me, it happens.) A story bible can help you prevent the latter problem.

You may think these are small potatoes compared to the overall story, or that the reader won’t notice. Don’t. You want to be considered a professional writer? Make sure your work looks professional. Ferret out those inconsistencies and polish the look of your book until it shines. If you think you’ve got a gem of a story, don’t set it on a cigar band. Make sure the setting is as clean and professional as you can make it.

Yes, variation, but not in the style. It’s common for new writers to be unaware of words and phrases they like, things they may use over and over …  and over. If your character has sky-blue eyes, and you tell us that every time she appears, that gets tiresome. The repetition pops us out of the story. Change it up. She could have lake-blue eyes, azure eyes, robin’s egg blue eyes. You may not even need to describe them over and over.

If you like your hero to gaze meaningfully into the heroine’s eyes, and you use this same phrase again and again, that’s going to pop me out of the story as well. Change it up. Use different words. The thesaurus is your friend.

And once you realize you have these repetitious words and phrases, do a global search of your document and find all the instances of them. You might be surprised how often they pop up.

Point of view (POV) is like a compass. It determines the direction of the reader’s viewpoint as they travel along your story with your characters. Generally speaking, the POV is going to be that of your main character. What your MC sees, your reader sees; what your MC thinks or feels, your reader knows. Establishing a POV — and keeping to it — gives your reader a basis, an anchor point, from which to experience the story.

The problem enters in when a writer begins to head-hop — jumping in and out of one character’s head after another — in a single scene. Badly done, this only confuses the reader, and often a sort of whiplash sets in as the readers feel jerked from one head to another.

Does that mean you can never show the POV of two (or more) different characters? No. You certainly can, but keep them obviously separate. If you’re switching POVs within a chapter, separate them with a space (two blank lines) or a small graphic so the reader has a visual clue that things are different. Make it very clear from the start that this section is from another character’s POV. If you wait until the third or fourth paragraph to do that, your readers are going to assume they’re still in the head of the previous character.

Better yet, give the second character his or her own chapter. Sometimes head-hopping involves jumping from one character to another for only a brief time, maybe even one sentence. If you’re going to switch to another’s POV, make sure (1) that it’s clearly designated and (2) that it’s essential to the story. If you’re only jumping into one guy’s head for a single sentence … why bother? If it’s important that we know what he’s thinking and feeling, develop it. If it’s essential to the story, give it the time it deserves.

Instances of passive voice are a sure sign of newbieness. Very often writers are not even aware they’re using it, yet to a seasoned reader, it stands out like a sore thumb. What is passive voice?

The horse was ridden down the street.

In this sentence, the horse is the subject, yet it is not performing the action. Who is? And why don’t we know that? Is it a secret? A ghost? How about…

John rode the horse down the street.

If the horse really is the star of the sentence, how about…

The horse cantered down the street.

Either way works, depending on the dictates of the story, and the subject is performing the action. Passive voice just never quite conveys the power and strength of active voice.

This, of course, is just a tip-of-the-iceberg treatment, not a crash course in writing. I would encourage any newbies to read, read, read — both books about the craft and books that exhibit the craft at its best. Now that you’ve got this short list of problem areas, look for these in the things you read. Note how a seasoned writer handles such things. Go through your own work with an editor’s eye and ferret out the red flags. Believe me, your readers will thank you for it.