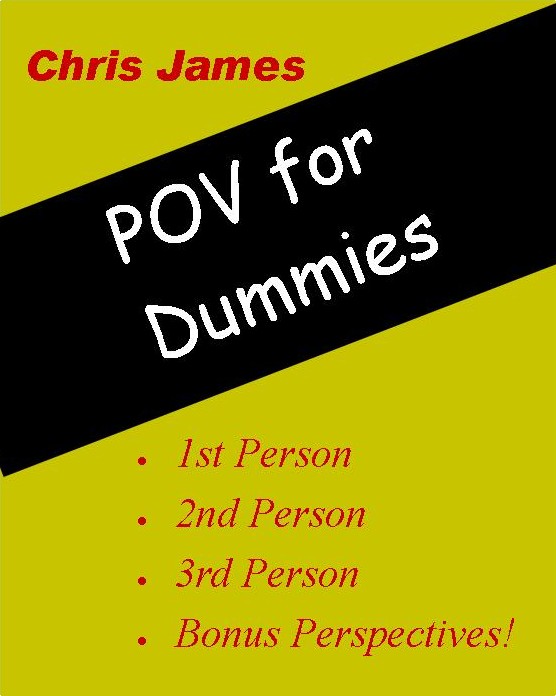 1. First Person PoV is when the writer tells the story through the eyes of the character, e.g.: “I waited at the checkout, but the person in front of me couldn’t make up their mind. If they didn’t hurry, I’d be late for my appointment.”

2. Second Person PoV is how people describe events to each other in real life, e.g.: “You know when you’re waiting at the checkout, and then the person in front of you can’t make up their mind? And then, because of this, you’re going to be late for your appointment?”

For the beginning writer, there are no real advantages to this PoV. It requires a high level of skill to avoid sounding irritating, patronising and condescending. Quite a few novels have been written in Second Person PoV, but very few people can name any of them.

3A. Omniscient Third Person, which consists of description generally detached from the character’s feelings, e.g.: “John waited at the checkout, but it soon became apparent that the person in front of him couldn’t make up their mind. Little did John know that this delay would make him late for his appointment.”

The advantage is that the writer is free to describe all of the surroundings and events that relate to the story, but the disadvantage is that it is extremely difficult to make the reader care about the character(s). In addition, Omniscient Third Person has been around so long that any attempt to create reader sympathy (“little did he know…”) will likely sound clichéd.

3B. Limited Third Person, which tells the story in Third Person, but close to one character’s PoV, e.g.: “John waited at the checkout, but soon he saw that the person in front could not make up their mind. John realised that this delay would make him late for his appointment.”

Limited Third Person PoV is the most common PoV in storytelling, leaving the writer relatively free to tell broader aspects of the story, while at the same time provoking reader sympathy for the character.

Most beginning writers try desperately hard to make the reader care about the character(s), but in doing so run into PoV problems.

Mixing Limited Third Person and First Person often by using italics, e.g.: “John waited at the checkout, but soon he saw that the person in front could not make up their mind. Damn, I’m going to be late for my appointment!”

Popularised by Dan Brown, among others, most serious writers still regard this as hack fiction. Ultimately it is a question of style, but if a scene is written with half the text upright, and half the text in italics, any reasonable reader will get irritated and wonder why the writer couldn’t decide which PoV to write the scene in.

“Sliding” Limited Third Person often happens in scenes with two or more major characters, e.g.: “John looked at Maria and wondered when he should try to kiss her. Maria stared out of the window trying to remember whether she had any milk in the fridge.”

The above is a simplistic example, but the question is valid: whose PoV is this scene supposed to be in? If the PoV is John’s, then the reader should not be told what is going on in Maria’s head, and vice versa.

Moving from Limited Third Person to Second Person, e.g.: “The rain beat down on John, the cars, and the street as he waited to buy milk for Maria. It was the kind of rain that soaks your hair and drips from your clothes.”

This is a mistake, and should be caught at the latest during editing. However, it’s worth noting that it takes a skilled editor to spot PoV problems in a text; family-and-friends beta readers might not catch these things.

The generally-accepted rule is that a change of PoV – even from one Limited Third Person PoV to another – requires at least a scene break, preferably a chapter break. A PoV change in the same scene is taken as a sign of inexperience, and it is difficult to argue that it is some kind of writing “style”. Many writers and readers still believe that each, whole story should be told from one PoV only.

However, more stories are being written where chapters alternate between different PoVs, beginning with a Limited Third Person chapter, then followed by a First Person chapter, then back to Limited Third Person, etc. It’s difficult to argue against it as a style, although detractors will still consider it hack fiction, in that the writer is struggling to tell the story in one PoV, so changes PoV because he/she doesn’t have sufficient writing skill, while supporters regard it as a valid way to deliver a more entertaining story.

Finally, I want to stress that the number of PoVs is limitless. For example, there’s First Person Plural, which would be useful for telling a story from the lemmings’ PoV (“We decided to jump over the cliff because we thought it was a really good idea!”); or how about reporting a family feud around the Thanksgiving dinner table from the PoV of, say, a grain of salt on the table, or a flake of peeling paint on the ceiling, or a leaf on a tree outside the window, or… You get the picture. You can take any scene, with any number of characters, and write it from an unlimited number of PoVs (you see what I’ve done there? Up to now, this post has been in Third Person PoV, but I’ve changed to Second Person to speak directly to you).

Handling PoV is like driving a car. When you begin, you need to concentrate consciously on each movement of the controls. As you gain experience, you start doing things automatically, until you become proficient and can enjoy the pleasure of driving safe in the knowledge that you have an idea of what you’re doing.

If you’re serious about creating well-written stories, then it is certainly worth a little money and a few hours of your time to buy and read any of the numerous books on using PoV successfully. Most books will contain much better explanations than any single blog-post could, and will also offer PoV writing exercises to help you practise and understand not only the limits of PoV, but also the exceptional opportunities that knowing how to use PoV well can offer.

17 thoughts on “Getting It Right – PoV for dummies”