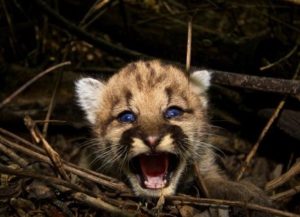 At first glance, my assignment seems straightforward. Write a post about what authors can do to not get taken advantage of by reviewers who ask for a print version of your book and then don’t come through with the promised review. The short answer is probably “not much.” But Ms. Brooks says one paragraph of seventy words won’t cut it as a “real post.” So, I’ll ramble on.

The reality is that once this has happened, there isn’t a whole lot you can do. It doesn’t matter whether the “reviewer” is a scam artist looking for inventory to sell at his or her local used bookstore, or a well-meaning reviewer who didn’t follow through. (The latter might be because life got in the way, they discovered reviewing really wasn’t their thing, or maybe you’re better off that they didn’t review it because they thought your book su … wasn’t very good.) My advice is, if you’ve gotten to this point, the best move is to drop it and move on. Next time, remember your mom’s advice about an ounce of prevention.

The saying “an ounce of prevention is worth a pound of cure” is a cliché at this point, but it got that way because it’s so true. What can you do to prevent yourself from getting to the point of needing a cure instead? I’ve got a few ideas.

The first idea is guaranteed to work. Don’t send print versions of your book out to reviewers. On the one hand, I can see this from the side of the reviewer. If they prefer to read in print or (strange as this may seem in today’s world) don’t have an eReader or a tablet or a smartphone or anything else that can be used to read an eBook, I can’t blame them for insisting on paper. Even if their only reason for insisting on paper is that they plan to read the book and then get a couple of bucks selling it at the local used book store, I can’t fault them for that. Whatever the cost for you to get the book to the reviewer short of sending it overnight to the other side of the world is a low price for the amount of time you’re expecting the reviewer to spend reading, evaluating, and writing a review of your book. (That doesn’t excuse the reviewer for lack of follow-through, but the cliché about beggars and choosers comes to mind as well.) If a reviewer not reviewing your book after sending him a paper copy is that big of a deal, not sending it to begin with is the only sure answer. (A short detour for a bit of self-promotion. I run a site with a list of reviewers who all are willing to accept electronic versions of books for review. Check it out. http://www.theindieview.com/indie-reviewers/ And we have an entire resource page here at IU dedicated to helping authors get reviews…)

If you’re willing to send out paper copies for review and sometimes do, a percentage of those aren’t going to come through. Just like a percentage of those reviewers that you send electronic copies to won’t come through. That’s the nature of the beast and you aren’t going to change it. However, if you’re willing to accept some failures, there are things you can do to help minimize them. Some of these ideas are good when chasing reviews, even for those who will take or prefer an electronic copy.

I’ve rambled enough now. What are your thoughts? I’ll bet some of you have ideas to throw in the mix, too.

35 thoughts on “But You Promised to Review My Book”