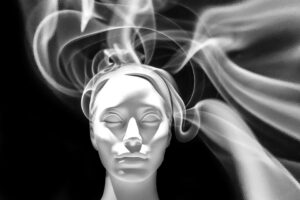 In general, we often hear there are two types of writers: pantsers and plotters. Pantsers write by the “seat of their pants,” tend not to plan very much, and let the story grow organically. Plotters plan out the story more, using outlines, story boards, or summary chapters. As with all writing, there is no one correct way, no right or wrong, just whatever works for any particular writer.

Me? I’m a pantser: always have been, always will be. I tend to get an idea in my head, jot down about five bullet points, maybe let it percolate for a day or two, then dive in. I might have an idea about how the story ends (maybe not), but I have no idea how I’m going to get there. I’m very often surprised by the turns the story takes, and I figure if I’m surprised, my readers will be, also. The flip side is that I do sometimes write myself into corners, and I have to either figure a way out or backtrack to the fork in the road that got me in the corner and start again.

What I find really interesting about writing this way is that my subconscious very often has a say in the tone and direction of a story. What’s even stranger, though, is the fact that I don’t know my subconscious is setting me up until much later. Allow me to explain.

Ages ago, I wrote a spiritual novel (Goddess Rising) about a distant future where civilization has been destroyed by geologic forces, and the few people left are working to rebuild in a very mindful way, respectful of the Earth. Since almost everything has been destroyed, and much knowledge was lost, hardly anyone knows how to read anymore, nor are there many books to read. At one point, my main character decides it would be a good idea to encourage reading again, and she finds an old woman who can help accomplish that.

At the time this was developing in the story, I had serious doubts about this section. Why was I introducing this? What was I going to do with it? I had no idea. I even considered dumping the whole idea, but instead just let it be and continued on with the rest of the story. Imagine my surprise when, later in the book, graffiti written on the wall of the temple suddenly becomes very important. As I wrote that part, my brain lit up and I thought to myself, “Oh, that’s why I wrote that in!” 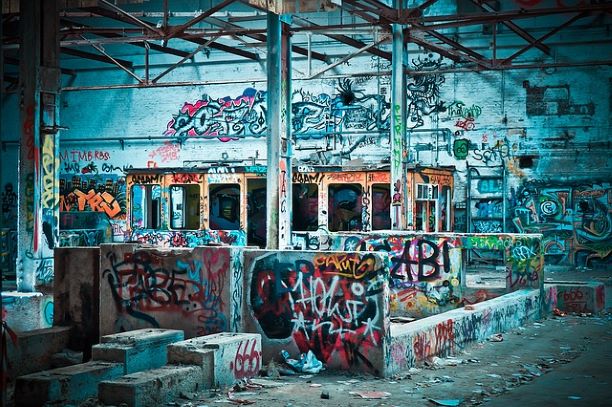 Me… or some unknown part of me?

When I wrote my first time travel novel, Finding Travis, I had to introduce a character in keeping with the times. My main character, Travis, went backward in time to 1877 at Fort Verde in Arizona Territory, and was mistaken for an officer, the fort surgeon. Officers at the time all had strikers, or personal assistants, so I needed one for Travis. I introduced Corporal Patrick Riley for that purpose, having no more plans for him than that. As the story progressed, I found Riley to be more central, and more pivotal, than I had ever imagined. He ended up stealing every scene he was in, and quickly became my favorite character. I’m sure I’m not the only writer who’s ever been surprised and charmed by a character that was never intended for a central role, but again here is an instance of the story taking its own turn and developing in ways I could never plan.

Since I’ve been writing my paranormal mystery series (Ghost Walk, Book 1) over the past couple of years, I’ve had even more of these synchronistic surprises. My series is about a female ex-cop (Lacey) and a male Navajo medium (Sam) who work together to free tethered ghosts, and often solve crimes along the way. As above, sometimes an idea will suggest itself to me and I’ll write it in, never knowing where it might go, or even if it will have any meaning at all. In one of my books, Bordello Walk, Sam and Lacey go to Jerome, Arizona for a job, knowing that Jerome is touted as the most haunted town in Arizona. I introduced an idea that Sam could be overcome by all the psychic energy in the town, by all the ghosts that were clamoring for release. Once this idea began to take hold and become more fully formed, I researched traditional Navajo rituals for exorcising ghosts, not even sure if there was such a thing. I was amazed to find that there is, in fact, a ritual for this very thing, called the Evil Way or the Enemy Way. It’s a multiple-day affair full of dance, food, and serious traditional ritual that is used to cleanse and purify a person who may have ghosts attached to them. It’s often done for warriors returning from war (ergo, the Enemy Way), and it was perfect for addressing Sam’s situation. I was blown away by the fact that I had invented a problem when I had no idea of any fix for it, and yet found the cure in a centuries-old tradition of the Navajo people. How lucky is that?

In another Sam and Lacey book, Predator Walk, I needed some small theme for their background home life, just some little side story to contrast with the main story and to provide breaks in the heavy-duty action. Inspired by a friend who raises milkweed with the intention to help monarch butterflies on their migration, I had Lacey plant milkweeds and check in periodically on the progress of the caterpillars as they transitioned toward butterflies. My plan for this was zilch, just a time marker, mostly, but about halfway through the story, I suddenly realized that the metaphor of the caterpillar and the butterfly were mirrored perfectly in the larger action. Suddenly — again — this minor side track took center stage and became integral to the main story in ways I could never imagine.

Finally, in my latest book, Prayer Walk, I have Sam’s fifteen-year-old son, Daniel, enter into the family “business” out of necessity, but with no more plans than just that. As before (and I’m starting to get used to this now, at this point), Daniel’s experience turns into something very different and far more serious than Sam or Lacey or I imagined. Not only did it introduce a new theme in this particular story, but I can see it developing over future books into something with a life of its own.

I’ve learned, now, to trust these little whispers of ideas that drift into my brain. What if I add this element to the story? What if my character does that? I’m more than willing to entertain the possibilities and see where they lead. So far, they haven’t led me wrong.

I have to wonder: Am I just lucky, or is it something else? Is there a part of me, down deep in my brain, that knows way more than I do, that keeps slipping me these little flashes of insight? I have no idea. All I know for sure is that it works.

And I’m going to keep on doing it.

What about you? What stories of fate/synchronicity/coincidence do you have?

11 thoughts on “Writing with the Subconscious”