I teach self-publishing workshops. Some of them are facilitated by writers’ organizations or festivals, and some of them I organize myself or with my business partner. Usually, they sell out. Late last year I had a major event planned. I was at half capacity with six weeks to go, and sign-ups stalled. So, I posted on Facebook, tweeted on Twitter, and wrote an article detailing the content and posted it on LinkedIn. No matter what I did I couldn’t fill any more seats. My workshops aren’t expensive. They’re priced so that authors can afford to attend. My goal is to spread the word that many of the tools needed to self-publish are readily available to authors and it isn’t necessary to hire outside agencies in order to publish your work. I didn’t think cost was a problem and I was offering valuable information. Vancouver is a city of last-minute decision-makers, but I didn’t want to wait. I wanted to sell out before the day of the event.

I sought out other ways to reach authors. I ran ads on Craigslist giving details. I gave a webinar giving away some of the content and inviting authors to attend. I dropped off flyers at libraries and bookstores. I spoke on podcasts. I filled a few more seats from these efforts, but I still wasn’t at capacity. That’s when I found MeetUp, and became a MeetUp attendee. END_OF_DOCUMENT_TOKEN_TO_BE_REPLACED 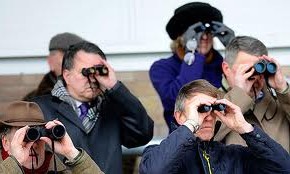 Finding readers for your books can be like trying to find the proverbial needle in a haystack. There are the usual marketing things you can do to entice them, and there are a few “out of the box” ones that I have stumbled upon that have helped. Marketing, of course, is important. But sometimes it’s not just the marketing aspect that draws readers to you. We are writers; we are supposed to be creative. It’s in our nature to be. So use it! Here are some out of the box ways to find readers: END_OF_DOCUMENT_TOKEN_TO_BE_REPLACED

Originalty and an interesting premise are important to Chris in his work. “Class Action came from one thought: what would happen if there was a technology that could see into the brain and extract everything, which made it impossible for suspects to lie under oath? The Second Internet Café came from: wouldn’t it be cool if there was a place where scientists knew where every single alternative reality was, and sent special researchers to go and investigate them?” END_OF_DOCUMENT_TOKEN_TO_BE_REPLACED