The Cut-Out
by Jon King
Genre of this Book: Conspiracy Thriller
Word count: 97,000

He said he was a retired Special Forces Green Beret, a CIA runner, so I knew the information he had was potentially explosive. But even so, I never imagined he would tell me what he did: that someone of global renown, “within days from now”, would be assassinated, and that the hit would be made to look like an “accident”. Why tell me? A low-key conspiracy journalist? I didn’t know. And quite frankly, I didn’t believe him, either—until a week later, when Princess Diana was killed in a car crash, an “accident”. That’s when the nightmare began. Based on a true story.

This book is available from Amazon. END_OF_DOCUMENT_TOKEN_TO_BE_REPLACED 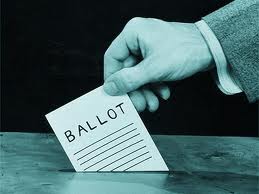 The Ghosts of Northgate want you to vote for your favorite story in this week’s flash fiction challenge.

Which ghostly story was your favorite?

Just in time for the lazy days of Summer, here are some cool new books to take to the beach with you.

Bound by a Dragon by Linda K. Hopkins

A maiden. A dragon. A distant castle. A handsome stranger. All the ingredients needed to create the perfect medieval romance.

Bound by a Dragon is available on Amazon.com, Smashwords, and Amazon UK.
.

Murder by Misrule by Anna Castle

Francis Bacon must find out who is murdering barristers in Elizabethan London before he becomes the next victim.

Murder by Misrule is available from Amazon.com, Smashwords, and Amazon UK.
.

Messenger of the Ancient Gods by Deborah Kinnon

An archeologist becomes the target of a deadly religious sect when she takes up her murdered father’s research into ancient aliens.

Messenger of the Ancient Gods is available at Amazon.com and Amazon UK.

Sue has three weeks to raise millions for research into a supergrain that could end world hunger – if it didn’t have dangerous drawbacks.

Scorched Earth is available through Amazon.com, Smashwords, and Amazon UK.