In contrast to some of the horror stories we’re hearing this month on #PublishingFoul, I thought it might be a good time to tell a somewhat mitigating story about the not-so-bad but still expensive lessons. The truth is, not every publishing horror story is awful. Along any continuum, you’re going to have a range of experiences, some worse, some better.

Back in the 90s, I had already had two books traditionally published, but the climate was rapidly changing. The bigger houses were getting very conservative and they were more and more unwilling to take a chance on an unknown or almost-unknown. If the author was not already a name, they weren’t biting.  Luckily for writers, there were plenty of small presses springing up across the country to take up the slack. Well, luckily for some, not so much for others, as we’ve seen.

During that time there was another new phenomenon on the web that was helping writers and that was the writer’s showcase. I joined one of these, Rosedog.com, and duly put up excerpts from several of my unpublished works. (Rosedog no longer exists, no doubt a casualty of the self-publishing evolution.) The idea was that editors, agents and publishers would peruse the excerpts on the showcase (organized by genre), and connect with writers whose work they found interesting. Over the course of a couple years, I had no less than three publishers find me on Rosedog, contact me and want to publish my books. These were all small presses, all operating on a shoestring. One only wanted to do an eBook of my satire, another took a contemporary romance and put out both a paperback and an eBook, and the third, Elderberry Press, wanted my spiritual novel.

I was ecstatic. A spiritual novel, as you might imagine, is a tough sell. It wasn’t Christian (you’ll note I said spiritual and not religious), and as a matter of fact flew in the face of a lot of Christian belief, but it was a heartfelt story that I thought deserved to be out there. When the editor from Elderberry Press contacted me, he pretty much had me at, “I’d like to…”

Not having any experience with vanity presses, it never occurred to me that Elderberry might be one. The editor told me he was a “hybrid publisher,” kind of a half-way point between traditional and vanity, which sounded very reasonable at the time. He explained all the work that he did to prepare a book for publishing, then quoted me the *gulp* less-than-reasonable figure of $7000. Again, having no experience with this (and no writers’ community to ask about it), I accepted the fact that this was the going rate. If I wanted my book published, this was the only way to go.

I wanted it. Bad. Enough to borrow the money from my parents, vowing on my life to pay it back. I really felt like this was the only chance this book would ever have. Not grabbing it would have been like watching a dream brush past, within reach for just a moment, then disappear. I grabbed. 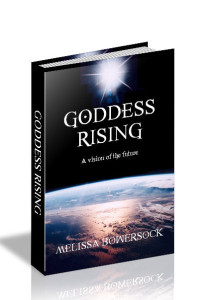 The good news is that I had an excellent experience with Elderberry. I know, that sounds weird, but it’s true. The editor and I worked daily via email to hammer out the details. We discussed everything from the cover to the title to the font inside, a constant back-and-forth. At no time did he ever make a unilateral decision into which I had no input. After the experience of having zero input into my first two books, this was pure joy. This, I thought, was what it was all about. This was two professionals brainstorming, asking questions, considering options, building on each other’s ideas. Together we produced a book that I was overjoyed with, a book I was proud to hand out, proud to have my name on.

He promoted the book on his own website, of course, but he also kept an eye out for other avenues of exposure. While he didn’t have the money for book tours and such, he did have a list of radio stations that liked to interview authors, plus book contests and other newsy outlets. Yes, it was up to me to contact those sources and make myself available, but I was still getting emails from him two or three years later with ideas for promotion. Even while he moved on to more non-fiction, more political tomes than novels, he still kept in touch, still remembered me when he had a lead. Given the time and the absence of social media like we have today, he did the best he could with the tools available.

The book never did well, but because of the niche genre, I actually never expected it to. It was enough that it was out there.

I, of course, moved on to other books, other ways of publishing as the writing world changed and evolved. Years later, when I discovered CreateSpace and true self-publishing, I queried him about getting my rights back so I could produce my own printing. He readily agreed, no questions, no resistance at all. He was always a professional and always easy to work with.

So was he a scammer? Based on the criteria (pay to publish), you could say he was. I never thought of him that way. It was actually not that long ago that I mentioned Elderberry to another author who said, “Oh, they’re a vanity press.” It shocked me. I just had never considered it like that, but at this point, knowing what I know now, I would have to say that it is.

Do I regret entering into this agreement? Absolutely not. At the time, it was the only possible solution that I could see, and it was a great experience.

Would I do it again? Or would I recommend it to anyone else? No. Having the options that we have today, there is no reason on earth why any writer should have to pay this much to publish.

It’s still a good rule of thumb: if a publisher is asking you for money, watch out. Do your research. Don’t be taken in by the emotional digs at your insecurity or the flattering plays at your ego. As we’re showing here at IU, there are many other ways to publish your book that don’t require tons of money or your firstborn. We’re happy to pay it back and help you navigate the way. Keep your eyes open. And keep writing!