There are scammers in all industries, but none so much as those in entertainment. The reason is because it is easy to prey upon people with dreams. Whether a musician, an actor, a songwriter, a singer, an artist or a writer, creative people are easy targets for the unethical of the world. They know that there is no financial or emotional limit to the investment we are willing to make in our dreams. They know that we seek acknowledgment for our work. They know that we need recognition. They know how to make us feel as if they believe in our talent and are good at manipulating the innocence of our hopes for success. They are wolves in sheep’s clothing and the damage they do is far more than just financial.

I share my story in hopes that other authors will learn from my mistakes and avoid the path of destruction I so ignorantly plowed. Knowledge is not only power; it is self-preservation.

In October 2010, wide-eyed and full of hope, I signed a contract with Vanilla Heart Publishing’s Kimberlee Williams to publish my debut novel, No Easy Way. In August 2013, devastated and broken  – and eight novels later, I terminated my relationship with Vanilla Heart Publishing on the grounds of a severe breach of contract, misrepresentation, fraud and theft pertaining specifically to Articles #5, #7, #10, and #11 of our contract. I wondered how it had all happened. I felt betrayed and crushed on a deeply personal level.

Here are some things I learned from that experience.

Scam artists will suck you in deeper by bringing their personal life into what should be strictly a business relationship. In the so-called sham of sharing personal details of their life with you, they are garnishing your sympathy, your trust, and promoting a false sense of loyalty. It’s a manipulation of your emotions, thereby making you more likely to believe their excuses going forward.  For example:  during my three years with Vanilla Heart, Kimberlee Williams dished out every excuse in the book, particularly whenever I would request a royalty statement. I requested statements at least eight documented times from October 2010 to August 2013. (After I left and hired an attorney to subpoena royalty reports directly from the distributors, I learned that every paycheck I received didn’t match the distributor’s royalty records for the quarterly periods during that time. In 2012 I didn’t receive a statement at all.)  Each time I requested a statement or a check I was promised it and then given an excuse as to why it would be late. The excuses ranged from severe medical issues, to a gardening accident and countless laptop crashes, an accountant who allegedly printed the reports too small to be read, and the post office that lost checks or statements numerous times along the way.  Had Kimberlee not forged a fake friendship with me, I would have been less likely to tolerate her delays or believe her excuses. Which leads me to a simple fact each of us must face:  numbers never lie; people do.

When I learned that the royalty reports had been falsified so Kimberlee could pay me less than what I had earned through book sales, I was stunned. Not only did she defraud statements and steal thousands of dollars, but she also blatantly lied about the number of books that were downloaded for free so that she could pocket the money. I have emails from her to substantiate the falsification of the reports she gave me and the outright lies she told. For example:  Kimberlee Williams told me that someone had gotten a hold of the Smashwords coupon code for House of Lies and 60 copies were downloaded for free. I couldn’t believe it. That was royalty money the publisher and I would never see…or so I believed. After subpoenaing sales records directly from the distributor, the truth was that only 13 copies of House of Lies had been downloaded using a free coupon code. (All 13 of which I identified as contest winners, book club leaders, or reviewers because I had given them the free code.)  The other 47 downloads were bought and paid for. This was money the publisher kept and I never saw.  Having ignored the red flags for so long, there was one thing I couldn’t deny…the numbers didn’t lie.

Vanilla Heart was guilty of copyright infringement, breach of contract, misrepresentation of intent, fraud and theft; but those weren’t the things that devastated me. It was the fact that I had believed her that was most crushing. I had fallen for the scam…hook, line and sinker. Ultimately, the blame fell on my shoulders because I ignored all of the signs. I wanted so badly to have someone believe in me and in my work, that I didn’t allow myself to see the red flags that were violently waving before my eyes. I cannot describe the brokenness in that moment of realization; nor the fear that consumed me as the question came to mind, “What would happen to my books now?”  Little did I know, I wasn’t alone.

Lesson #3:  Communicate With Your Publisher’s Other Authors

Several of the Vanilla Heart authors were experiencing the same frustrations I was. No statements. Late checks. Excuses galore. The problem was, for a long time, none of us communicated with one another. We didn’t compare notes and that’s exactly how Vanilla Heart wanted it. Many of us received manipulative phone calls from Kimberlee Williams, psychologically pitting one author against another. On several occasions Kimberlee said to me, “She’s the next one I’m getting rid of,” referring to fellow Vanilla Heart authors. She developed a “Core Group” and used it as a fear tactic tool, causing division that kept all of us from talking with one another. We didn’t know who we could trust with our concerns. What if we said something and it got repeated to Kimberlee and our contract dropped?

After two Core Group authors left in a short period of time, I mustered the courage to start asking questions. On August 10, 2013 under the guidance of my attorney, a termination letter was sent to Vanilla Heart Publishing. A complaint was filed with the Washington Attorney General’s Office and DCMA Take Down Notices and Perjury Statements sent to every distributor that carried my books under the Vanilla Heart imprint. All books in all formats were pulled from the market. The distributors worked quickly to make this right, as their policy is first and foremost to protect the intellectual property of the author. Fourteen Vanilla Heart authors left Kimberlee Williams in 2013, all for the same reasons.

To date, Kimberlee Williams has offered no apology, written or otherwise, has not acknowledged any form of wrongdoing nor made any effort toward restitution to any of the authors she wounded. Vanilla Heart is still in business today and actively seeking new, naïve authors to prey upon. Please beware and do your homework before you submit or sign an agreement with any small press publisher. There are good, ethical people out there, but publishers like Vanilla Heart sadly give them all a bad name. 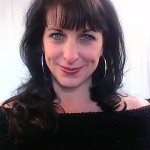 S.R. Claridge is the author of eleven romantic suspense novels. She lives in Colorado and enjoys traveling the world speaking to book clubs and promoting her work. The eight novels that were once under the Vanilla Heart imprint have been re-published through Global Publishing Group. S.R. is passionate about helping other authors avoid scamming pitfalls, and encourages them to contact her. Learn more about Susan on her blog and her Author Central page.

12 thoughts on “Publishing Scammer: Having A Heart in Your Name Doesn’t Mean You Have A Heart”