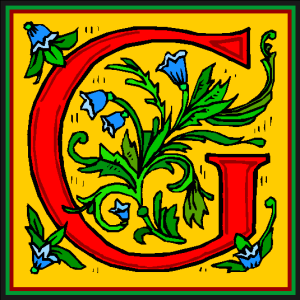 Join a discussion with self-published writers and you’ll hear strong opinions on what constitutes proper formatting for both paperbacks and eBooks. One discussion that comes up on various Kindle fora is what, exactly, to do with the first paragraph in a chapter.

There are no hard and fast rules, but there are some strong recommendations. The consensus is that for both eBooks and paperbacks, the first paragraph in a chapter shouldn’t be indented. Because I’m a curious person, I pulled five paperbacks off my shelf to see how Stephen King, Billie Letts, Barbara Kingsolver, John Steinbeck, and Larry McMurtry handled first paragraphs. Okay, not them, but their publishing and formatting teams. None had indented first paragraphs, and four of the five used drop caps.

A drop cap is an oversized first letter often used to start the first word of the first paragraph in a chapter. Historically, Kindle hasn’t handled drop caps very well (more on that later), so for now we’ll focus on paperbacks.

I’m using Microsoft Word 2010. If you’re using a different version, the terms and commands should be the same, but may be located in a different place on the toolbar. 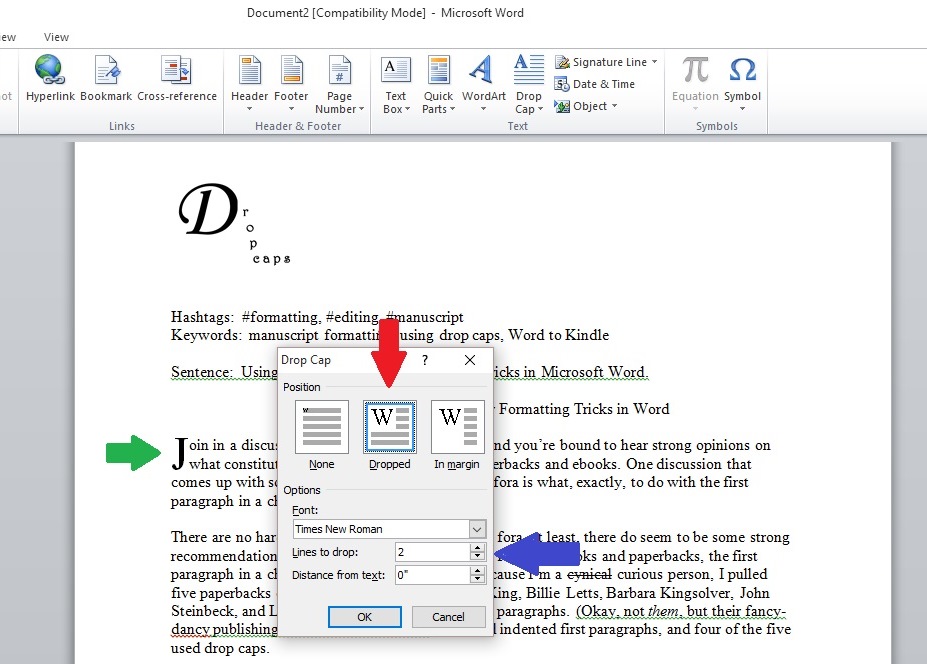 For what it’s worth, if you’re using a drop cap for a first word that’s part of a quote, the quote mark has historically been left off (as I recently learned from a friend).

There are those who believe leaving off the first quote mark is confusing to readers. Luckily, there’s a workaround in Word for those who want the quote mark, but it’s time consuming. More on that in a future post.

As mentioned previously, Kindle hasn’t been fond of drop caps. My attempt resulted in a drop cap ending up on a different line from the rest of the word. I’ve heard rumors that upgrades now allow us to use drop caps, but I haven’t had a chance to check it out. The next best option, say the anonymous internet gurus, is a flush left first sentence for the first paragraph in a chapter, with (possibly) something to make it pop.

The problem is Kindle automatically indents first sentences. Again, Word has a workaround.

From “Home” on the toolbar, click on the tiny little arrow under “Paragraph” (orange arrow below). From there, click on “Special” (green arrow below) and choose “First line.” Under “By” (black arrow), put your cursor in the box, delete what’s in there, and type, “0.01.” This is the closest to “0” Word will recognize. It’s nearly invisible as an indentation, but it’s enough to trick Kindle into thinking you’ve set one. Click “OK.” Presto – no indent for the first sentence of a chapter. 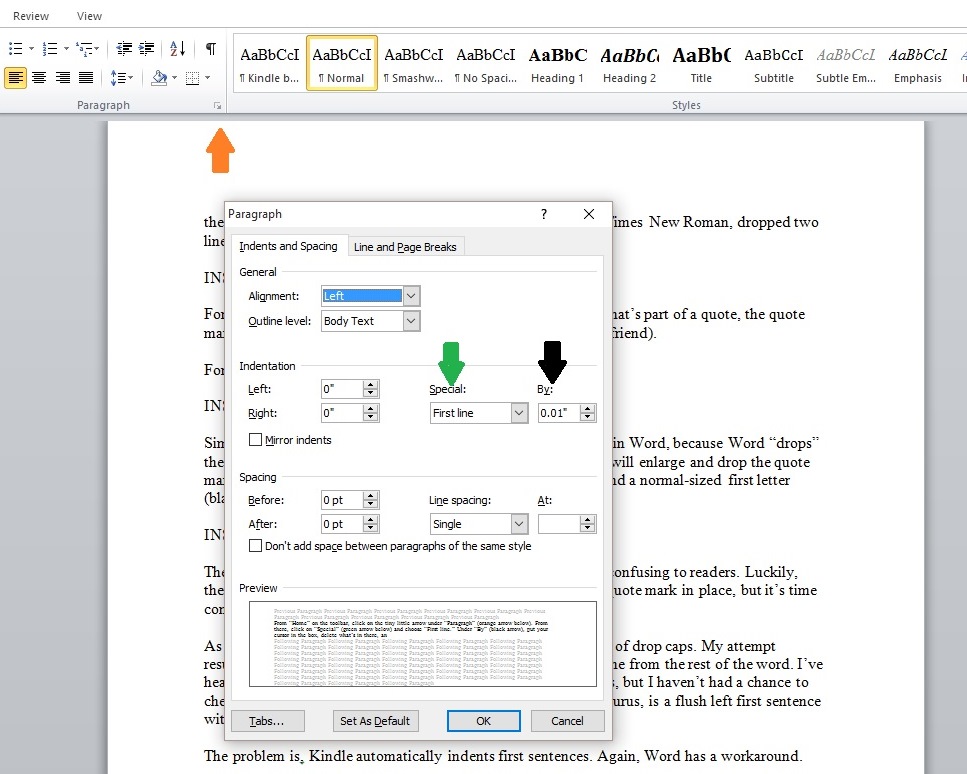 To do this, highlight the words you want changed (black arrow below). From “Home” on the toolbar, click the tiny arrow under “Aa” (blue arrow below) and select “Uppercase.”  The first letters will now be in all caps. To size them smaller, click on the small capital “A” (green arrow). The more you click, the smaller they’ll be. 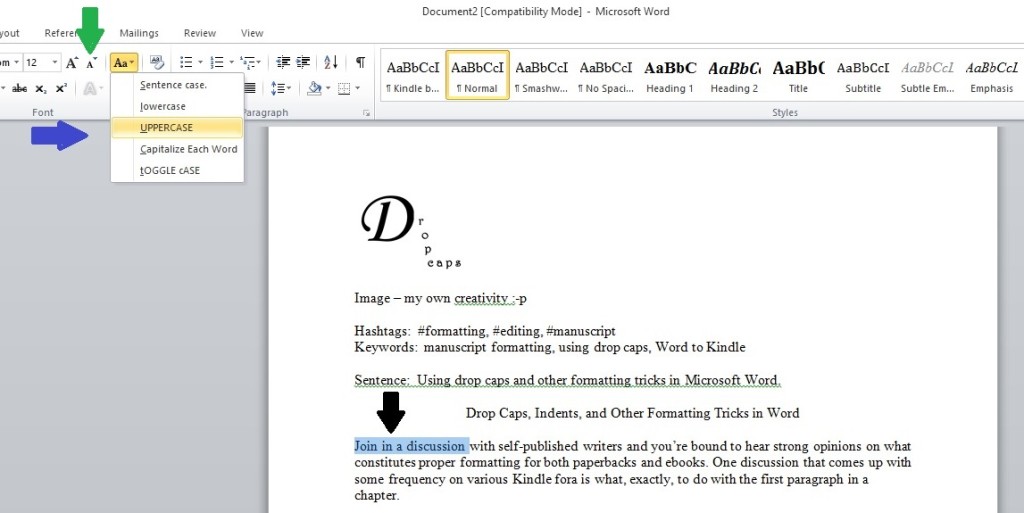 Again, there are no hard and fast rules, and one of the fun things about being a self-published or small-press author is that we can experiment to find what works best for us.

16 thoughts on “Drop Caps, Indents, and Other Formatting Tricks in Word”