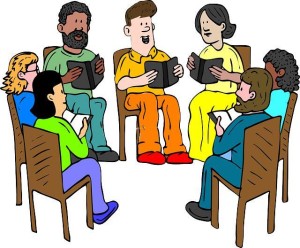 Recently I was contacted by a book club in a city halfway across the state, wondering if there was any possibility I might be able to visit as they were planning to read one of my books for their upcoming monthly meeting. They sweetened the pot by offering to pay for one night at a nice hotel, plus their meeting was going to be aboard a patio boat cruising a beautiful lake. Who could refuse? After determining it was less than a four hour drive and finding my calendar had some clear spots in it, I agreed and we settled on a date.

The event was lovely. The ladies in the club brought all kinds of finger food and wine for the voyage, and we got to know each other as we noshed and watched the sun go down over the peaceful waters of the lake. After we were all sated, the questions began. The ladies asked about the inception of the book, the inspiration, the promising-but-not-obvious ending. It was fun to give them the “behind the scenes” tour of the story (think “Bonus Material” on a DVD), including things I planned to do but that got pre-empted, and things that happened purely by accident which deepened the story.

What I found extremely interesting were the ideas some of them had early on about the way the story might go, but didn’t. One thought this guy and girl would hook up, but they didn’t. One thought another character had experienced a certain traumatic event in the past, but didn’t. It was surprising to hear what clues the readers picked up that led them to these conclusions, clues I didn’t even realize I was leaving. Of course it goes back to the old thing about we writers having the entire story in our heads while the readers are putting it together one piece at a time. If we do our job well, we don’t telegraph the end but let the reader be surprised.

After that lively discussion, I ended the evening by holding two raffles for other books, and gave all the book club members little goody bags of freebies on the theme of the book. All indications were that everyone enjoyed the evening, and that, I think, is the whole point. It was a win/win situation for all involved. The book club members got an inside peek into the story and the writer’s head, no doubt enhancing the impression of the book they’d just read, and the author got a chance to meet the readers face-to-face and have an animated discussion about plotting, process, and pleasant surprises. I had to laugh, because they kept thanking me effusively and I kept thanking them effusively, and obviously we each felt like we’d gotten the better part of the deal.

With all this in mind, my suggestion to book club members across the globe is: reach out to indie authors. While it’s more difficult to connect with traditionally published authors except through their publishers, indie authors are very often out there on social media and much more accessible. I can’t speak for everyone, of course, but my sense is that most indie authors would love to attend a book club meeting and have an experience similar to mine. It might feel a bit daunting to reach out in this way, but I think you might be pleasantly surprised by the response.

So how do you find indie authors in your area?

There are some sites on the web where book clubs and authors can cross-register and hook up. I know I signed up on one of those years ago but actually never got any kind of response, but I believe such sites are increasing and more viable than they used to be. One I found was ReadersCircle, which looks like a pretty comprehensive meeting place, although I have no personal experience with it.  On the flip side, there are other ways to find authors in your area. You could check with your neighborhood library and/or book stores to see if they’re aware of any local talent. Such locations are often in the loop with locals. If not, it’s fairly easy to find out general locations via social media or the author’s webpage. Another source might be book fairs in your city or neighboring towns. If you attend such book fairs, you can see which authors live in your area and what kinds of books they are producing. If you see something that looks interesting, ask about the possibility of attending your meeting. It never hurts to ask, and all they can do is say no. If one doesn’t pan out, there are always others.

Believe me, most authors want to talk to readers as much as readers want to talk to authors. Ask an author to come talk about his/her book? Are you kidding? We love to talk about our books! You just might have trouble getting us to shut up. But the connection, the comradery, speaking the language of books — that’s all pure gold.

And all you have to do is ask.

10 thoughts on “Open Letter to Book Clubs: Reach Out to Indie Authors”