Chuck Wendig has been having an awesome few years. His first Star Wars novel, Aftermath, debuted last year at number four on both the New York Times bestseller list and USA Today’s bestseller list. The second book in the trilogy is due out this year. LucasBooks approached him to write that series after they had read Under the Empyrean Sky, the first book in his dystopian YA series. He’s also in the midst of writing a series about a woman named Miriam Black, who needs only to touch someone to know how the person will die, and when, and how. He’s also a screenwriter and a comic book writer, and he has designed role-playing games.

I’m sure I’ve forgotten something. 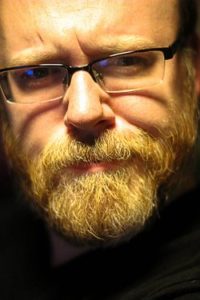 Oh, wait, I know – he’s also an indie author. The Miriam Black books were first published by a small press. He self-published a couple of YA novellas that were later picked up by Amazon’s Skyscape imprint and combined into Atlanta Burns. And he has self-published a number of eBooks containing writing advice, much of it lifted from his blog at terribleminds.com.

In short, Chuck is the very model of a modern hybrid author. And he’s not even 40 years old yet. (I kind of hate him for that, to be honest.)

His blog is always entertaining (if you don’t mind a few f-bombs) as well as enlightening. Here’s a SFW excerpt from his recent post on authorial burnout:

I periodically run parallel to burnout like someone running alongside the ocean — if I turn my head just so I can see the shark fins, I can see the rippling lines of a threatening undertow, I can see the SURLY OCTOPUSES OF ENNUI THREATENING TO ENROBE ME IN THEIR TENTACLES AND DROWN ME IN THE BUBBLING DEPTHS OF MY OWN LASSITUDE.

His advice for fighting off the OCTOPUSES OF ENNUI include writing not what you know, as the old saw would have it, but what you love:

Writing is work, yes. It’s a job. But it’s not a job like mucking horse stalls or doing data entry. Writing sometimes feels like digging ditches, but you have to remember: it’s you digging ditches in a magical fantasy land that you control.

You’re mucking unicorn stalls, motherf*cker. Then you get to ride the unicorn after.

(You can find the whole post, including the letter I left out, here.)

I first came across Chuck’s writing when a friend suggested a group read of Blackbirds, the first Miriam Black novel. It’s dark, and grittier than the stuff I usually read. But Miriam is the sort of character who sticks with you. Later on, I read Under the Empyrean Sky, loved it, and read the rest of the books in the series as soon as they came out. Then I read Aftermath and loved that, too.

So yeah, I’m kind of a fangrrl. I’m especially appreciative of the fact that he supports indies as well as trad publishing, small press, and whatever else. “You do you,” he says.

Chuck, thanks for all the words. Keep ‘em coming.