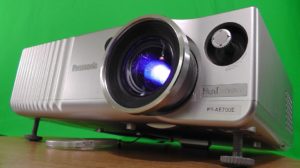 We’re writers. Our weapon of choice is words. We use them in ways that evoke emotion, that educate, that take our readers on a fantasy journey, that incite, excite, satisfy, and shock. In order to do this, we must make sure that our words come together in a way that keeps the reader’s interest, that keeps the reader willing to suspend disbelief and go along with us on our odyssey.

Misuse of words and errant typos ain’t gonna cut it.

We’ve all been there. We’re enthralled by the story we’re reading; we’re turning or swiping the pages greedily, wanting more, wanting the final confrontation, the final resolution when… What the heck is that? The author wrote herd instead of heard. Or loose instead of lose.

I hate that. Not only do I have little patience for typos (even less in my own books), but now I’m out of the story. That one misplaced word has flung me out of the fantasy realm, and I’m not happy about it. Grumbling, I try to immerse myself into the story again.

Yes, we all know the value of editing and proofreading. You’ll see us flogging that particular issue regularly here at IU. Good editing and clean writing are the things that are going to make our books stand up to every other book out there, and stand tall. Good editing and clean writing says professional. They say care. They say confidence. And guess what? The alternative says the opposite: amateur, sloppy, uncaring, unknowing.

None of this is new. So why am I beating the same old drum? Because it goes beyond the books.

I recently got an email that brought that home to me. Keep in mind that this is from a writer. An author.

Did the author even read the email before s/he pushed the send button? Granted, most of us wouldn’t feel the need to run an email by our editor, but that doesn’t mean we should be flippant about it. The thing is, every word that we issue is a testament to our talent. To our calling. Every single word we type in an email, in a Facebook group, in Twitter, is all part of our marketing and promotion effort, even if that’s not the intent.

Even if that’s not the intent.

This reminds me of a time, years ago, when a friend was telling me about the troubles his almost-adult son was having. My friend had been through his own personal hell but had straightened himself out and was by then doing well. He wanted to help his son but didn’t know how. I reminded him that he was already helping him by being a role model, by successfully modeling how an adult comes through adversity, how an adult turns his life around. The man’s quick response was that, oh, no, he couldn’t be a role model. No, he didn’t feel up to that at all. I told him that he did not have a choice in the matter. Our children don’t learn by what we tell them (much as we might wish); they learn by what we are. What we do. Whether he felt up to the task or not, he was a role model for his son. So he’d better act like it.

In the same way, we writers are seen as writers every time we issue words to the public, and particularly if we’re out there addressing fans. The techy-texty-digital world is built on words — our wheelhouse — and every time we venture out into it and write something, we are putting out an example of our talent. It’s advertising. It’s marketing. It’s promotion.

Shooting out a quick email? Guess what? That counts. Commenting on a story on Facebook? That counts. Sending out a tweet? That counts. I can’t tell you how many times I’ve read a comment or tweet from an author and found myself thinking, “Yeah, I’m probably not gonna be checking out your books anytime soon.” Same for the email above. The repeated words, the now for know. Sure, they’re small things, small slip-ups, but they’re sending a big message. And it’s a message you probably don’t want to send. I certainly wouldn’t.

And the worst part? Digital words live forever. FOREVER. They’re like rabbits released from their cage, running everywhere, multiplying like crazy and spreading further and further afield. That unedited email has probably circled the globe several times by now.

Some of you may think I’m being a little (or a lot) heavy-handed here. Maybe I am. But I think it’s important. Every time I see something like the email above, I just shudder and hope I never issue anything even remotely similar to that. I would be embarrassed. I would actually be mortified. And once it’s out there, you can’t take it back.

Are you a writer? Good. You’re part of a unique club. Now, prove it. Write well. No, your emails don’t have to be Shakespearean prose; they don’t have to emulate Hemingway. Just take your time. Take care. Write well. You’re a writer. Act like it.

10 thoughts on “Projecting Your Authorship to the World”