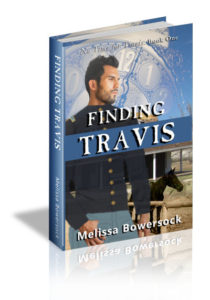 When I finished my latest book, Finding Travis, a time travel story, I sent it out to beta readers and prepared to self-publish as I always do. But then a friend began broadcasting the news that she had entered her latest book in the Kindle Scout program and was looking for nominations. I remembered that another friend had entered his book in the program months ago, and had won the coveted publishing contract with Amazon. Because I really, really liked this new book of mine, and because I had built up quite a decent fan base, I decided to try Kindle Scout for myself.

The Kindle Scout campaign is a two-pronged deal. Amazon evaluates the book on its own merit, but they also look at the number of nominations a book receives from potential readers. Because Amazon doesn’t ever tell us how it writes its algorithms or how it decides what’s a winning book and what isn’t, it’s hard to know exactly how to go after the win. The only things that were in my control were (1) writing a good book; and (2) getting as many people as possible to nominate the book. So that’s what I did.

Some people might balk at the idea of nominating a book they haven’t read. I totally understand. However, Kindle Scout creates a landing page for each book and includes the cover, a short blurb, and the first chapter as a sample for voters to read. Readers can then decide for themselves if they feel the book is a winner, or they might simply go on the author’s past performance.

I, like so many before me, rustled up as many nominations as I could. Social media, of course, is perfect for that. I broadcast my campaign via my own webpage, my blog, Facebook, Twitter, LinkedIn, Google+, and individual emails to folks who didn’t spend much time on the other programs. I felt that I got a pretty good amount of page views, although later I found out that some authors got many more than I did and still didn’t win. My book was “hot and trending” for several days, but then after my initial push, dropped off the cliff. I made another push back up the ranks. Then another cliff. Push, drop; push, drop. We all know what that’s like.

By the time the campaign was over, I was biting my nails. I knew I hadn’t gotten as many page views as some other authors, but I did feel the book was a good one. I was hoping, praying, yet dreading to get the resultant email. Finally it came; my book did not get chosen.

Well, I licked my wounds for a day, then charged forward. Over the course of the 30-day campaign, I had made all my revisions and gotten the book ready to publish both as a paperback and an eBook. All I had to do was push the button. I decided to list the eBook at 99 cents from the get-go, an introductory price, and of course I broadcast that out along my usual channels.

But then something caught my eye in the Kindle Scout rejection email. They wanted me to let them know if I published the book myself, and … they would let all my nominators know about it.

Not one to pass up free promotional opportunities, I quickly jumped to my Scout page and typed in the information for my brand spanking new eBook. True to their word, Amazon immediately sent out emails to everyone who had nominated my book and let them all know about the publication and the sale price.

Travis was on the go. The first day, he was sitting at #4 on Amazon in the category of western science fiction (I didn’t even know there was such a category). The next day he was sitting at #2, and also running high on two separate time travel categories. Every day I checked back and forth between his standings on Amazon and the sales results on my KDP dashboard. The numbers were great. He never did get to #1 in that category, but he stayed in the top 10 for the entire two weeks I ran the 99 cent promo. I sold more eBooks of Finding Travis in that period of time than I’ve ever sold of any of my other books.

Now, of course, the problem is trying to tease out exactly what worked and what didn’t. I ran my promo the same as I have many in the past. Over time, I’m sure I’ve deepened my fan base, so with that, I would expect to have a little better result with each new book, but with the book before Travis, that was not the case. So what’s the difference? I have to believe it was the Kindle Scout exposure. For one thing, many more people looked at Travis than just the ones I shouted out to. I noticed on my campaign stats that I had roughly 35-40% of my page views coming from outside sources: Facebook, my own web page, etc. That left 60-65% coming from within Kindle Scout. Apparently there were a lot of folks browsing through the nominations. Amazon doesn’t divulge how many nominations a book garners, but I had almost a thousand page views, so the fact that 65% of those came from within the system tells me my book was being seen by a lot of people that I did not have direct contact with. And what does that add up to? Effective frequency. My name and Travis’ were being seen by a lot of folks.

I believe the kicker was Amazon’s own announcement to my nominators that the book (1) was published and available and (2) that it was on sale for 99 cents. These people had been hearing about the book from me, had been to the landing page, and had read about it as they nominated. It was fresh in their minds. While they didn’t win the free eBook since Amazon didn’t pick Travis, 99 cents is not a bad price and many will spring for that. And many did. For which (and whom) I am eternally grateful.

So the interesting thing to me is that, while I didn’t win the brass ring, I won big in my own way. I definitely feel that the Kindle Scout exposure was the key, both in the page views and in the after campaign emails sent out by Amazon. Here’s what I’m taking away from the experience:

Am I glad I did it? Yes, I am. It was an exciting, different experience and I feel I got a lot of mileage out of it, both during and after the campaign.

Will I do it again? I don’t know. It was a lot of work broadcasting over the entire month of the campaign. And since I don’t know why the book wasn’t chosen, I wouldn’t know how to tweak the next one to make it more successful.

Would I recommend doing Kindle Scout? Yes, I would. It certainly didn’t hurt (except for that rejection email), and I believe it helped in the long run. I suggest it might be a good experience for indie authors to get an idea of what their fan base is, how far their reach is, and how they can use that to their best advantage. I was hugely gratified by the support I got, both during and after the campaign. With the exception of that tiny little hiccup of not being selected, it was a great experience. If you’ve got a new book or plan to complete one soon, you might think about this and check out Kindle Scout.

26 thoughts on “Turning Losing into Winning: The Kindle Scout Experience”