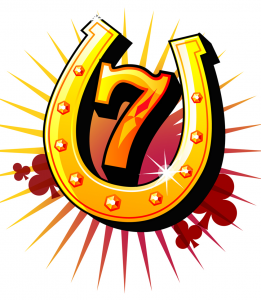 I can’t count the number of times I have heard indies talk about getting a return on their investment when it comes to advertising. Most people consider an ad successful only if they make more money from sales of their books than the ad cost them.

It’s undeniably great when that happens. But that’s not what marketing is for. Marketing is not for selling stuff – at least, not directly. It’s for making your brand so familiar to consumers that they will decide they need whatever it is you’re selling.

A single ad does not familiarity make. There’s an old chestnut in the marketing business that it takes seven contacts with a prospective customer before you will see any results. In general, someone needs to see your novel seven times before they’ll decide to buy. The technical term for this is “effective frequency” (also known as the Marketing Rule of Seven).

There’s actually some dispute whether the “seven times” rule is still true. Thanks to the intertubes, we’re so overwhelmed with marketing messages nowadays that it probably takes even more impressions to, uh, make an impression. One blog post I read while preparing this article suggests the new number is 13. Although big numbers aren’t new; back in 1885, a guy named Thomas Smith wrote a book called Successful Advertising in which he claimed it takes 20 views of an ad before it makes a dent:

• The first time people look at any given ad, they don’t even see it.

• The second time, they don’t notice it.

• The third time, they are aware that it is there.

• The fourth time, they have a fleeting sense that they’ve seen it somewhere before.

• The fifth time, they actually read the ad.

• The sixth time they thumb their nose at it.

• The seventh time, they start to get a little irritated with it.

• The eighth time, they start to think, “Here’s that confounded ad again.”

• The ninth time, they start to wonder if they’re missing out on something.

• The tenth time, they ask their friends and neighbors if they’ve tried it.

• The eleventh time, they wonder how the company is paying for all these ads.

• The twelfth time, they start to think that it must be a good product.

• The thirteenth time, they start to feel the product has value.

• The fourteenth time, they start to remember wanting a product exactly like this for a long time.

• The fifteenth time, they start to yearn for it because they can’t afford to buy it.

• The sixteenth time, they accept the fact that they will buy it sometime in the future.

• The seventeenth time, they make a note to buy the product.

• The eighteenth time, they curse their poverty for not allowing them to buy this terrific product.

• The nineteenth time, they count their money very carefully.

• The twentieth time prospects see the ad, they buy what is offering.

Personally, I think Mr. Smith went a little overboard. But I thought his most interesting point was number 10: asking friends and neighbors what they’ve heard. Word-of-mouth is the single most successful marketing you can get. And how do you get word-of-mouth recommendations? Why, from putting your name in front of prospective customers seven (or 13 or 20) times.

And even then, you have to get lucky. If luck didn’t play a part in it – if it was all about just throwing cash at advertising – then every book traditional publishers have ever advertised as the next bestseller would have been one. And we all know how that has worked out for them.

30 thoughts on “The Name on Everyone’s Lips: Effective Frequency”