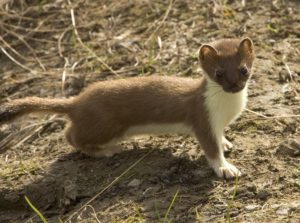 When I was a brand new writer, a number of well-established authors helped me. They gave me advice about my blurbs, how I structured my stories, my phrasing — essentially everything an early-stage writer needs to get a handle on things. Now, five years later, I won’t claim to be well established myself, but I do have my first million words written, and I do my best to return the favor by helping others who are at the beginning of their writing journey. As I do, I see many of the same mistakes repeated over and over.

The good news is, writing rules can be broken, and effectively so. I am in the camp that says you have to truly understand a rule before you can break it effectively, though. In this post, I’m not talking about rules so much as generally accepted best practices. If you disagree with what I say here, I won’t argue with you. I will only say that these things are what work for me.

Let’s start with extra words. New writers tend to like to use ten words where three will do. I think it’s part of the process of discovering your own voice. While they are casting about, looking for their unique voice, they tend to adapt a more verbose style that they think sounds more “writerly.” This can be highlighted by never leaving any object undescribed, and using multiple adjectives to describe many nouns.

I was going over a first draft with a fantasy writer not long ago. Everything was double described. The carpet wasn’t just thick, it was plush, crimson-red carpet. You get the idea. When I challenged her on it, she insisted that was the way her favorite fantasy writers wrote. I asked her for the name of one of those writers, and we went to Amazon and opened the Look Inside for one of those books. You can guess what we found—there were very few adjectives and adverbs, but plenty of muscular writing. She went back and deleted eighty percent of her describing words, and her dense, almost-unreadable draft flowed nicely.

Each of us decides how much we want to describe things, and that becomes part of our particular voice, but ladling on the double adjectives is almost certainly not the way to do it.

Another problem area is using filter words, which I sometimes call weasel words. These are words or phrases that distance the reader from the scene, instead of drawing them in. They act like a curtain hanging between the reader and the scene the writer is presenting. Words like feels, seems, or any words that filter the scene through the eyes of a character qualify as filter words.

Example: “Louise saw the pale moon, which seemed to be hanging just above the roof.” Is that wrong? Technically, no, but we are being asked to step through Louise’s perception to try and see that pale moon. Wouldn’t it be better to just simply write, “The pale moon hung above the horizon?” I think so, because now, hopefully the reader is actually seeing that moon in their mind’s eye, instead of imagining Louise looking at it.

The most consistent comments I see in reviews of my books are, “I felt like I was there,” or “I don’t know how, but he pulled me right into the scenes, like I was actually there.” I don’t think I achieve that through masterful writing — if you’ve read my stuff, you’d likely agree — but instead by eliminating filter words. I have an entire inventory of bad habit words that I search each draft for, including those listed above. This allows me to eliminate most of them on the second draft.

Oh, another bad habit word that my first editor beat into my head: “never.” There’s nothing wrong with the word, of course, but I have a tendency to use it to mean “rarely,” as opposed to the actual meaning. The trick is to learn your own bad habit words and mercilessly search and destroy them.

One last bad habit I often see is when writers are trying to break the habit of telling too much and showing too little. There seems to be a transitional state where writers do both for a period of time. Here’s an example: “Jerry burst through the door, arms flailing and spittle flying from his lips. He slammed the door so hard, the whole apartment shook. He was angry.” Okay, maybe that’s an extreme example, but you get the picture. The writer does everything they need to do to show what they want — that Jerry is angry, and then ruin it all by telling the reader anyway. It’s the irresistible urge to make sure that the reader “gets” what we are saying. That’s why my most common advice to new writers is, “learn to trust the reader.” We may need to occasionally unwrap the piece of gum and hand it to them, but we don’t need to chew it first to soften it up.

The best example I’ve ever heard of highlighting the tell vs. show dilemma is this: imagine you are in a playhouse, ready to watch a play. Backstage, you can hear the actors talking. In their conversation, you can hear them talking about all the things that are going to happen in the play — who’s going to have an affair, who is going to get shot, who ends up dead. That’s the equivalent of telling. Then, when the players all come out on the stage and the story actually unfolds in front of you, sucking you into the drama, that’s showing. I wish I could remember who I heard that from, because it is a perfect example.

There are many more mistakes we make as writers, but I think that’s enough for today. One last piece of advice. We don’t know what we don’t know. That’s why I hire an editor. He or she points out what I don’t know, and makes my words sing.