I’ve been interested in making a book trailer for a while, so I was intrigued when K.S. Brooks told me YouTube had a completely online video maker that was FREE. See, FREE gets me every time. (Sorry). I thought I’d test out YouTube’s video editor, and what I’ve discovered is that it’s doable, but it’s not a simple plug-and-play system with no hitches. END_OF_DOCUMENT_TOKEN_TO_BE_REPLACED 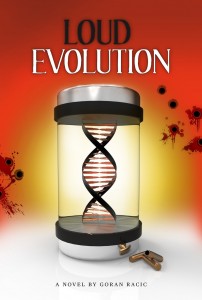 But one day, that all changes when a very, very stupid idea gets Thomas thrown amidst a shadowy organization that doesn’t want to rule the world. Quite opposite, the organization wants to save it. And they will soon teach Thomas that sometimes good genes aren’t in good people.

Loud Evolution, by Goran Racic is available from Amazon and Apple iTunes.

Blue Food and other menu items, the short story collection by author Ken La Salle, is available through Amazon.com, Smashwords, and Amazon UK. 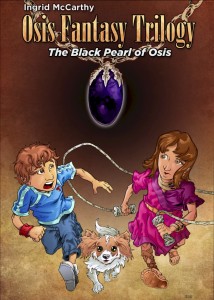 When 12-year old Jonathan walks into his Aunt Josie’s studio, the moon hiccoughs and jumps a foot off its path, unleashing a celestial force that propels him into an ancient kingdom. There, he learns that he and the king’s daughter, Magenta, are destined to find and destroy a sinister force: A magnificent black pearl – touch it and you will turn evil! Thus, a remarkable odyssey begins. The Osis Fantasy Trilogy is a tale of mystery and surprise, betrayal and revenge, temptation and disappointments, jealousy and greed, but also a tale of growing wiser, of friendship, loyalty, valor and forgiveness.

The Osis Fantasy Trilogy, the children’s fantasy books by author Ingrid McCarthy, is available through Amazon.com and Amazon UK.