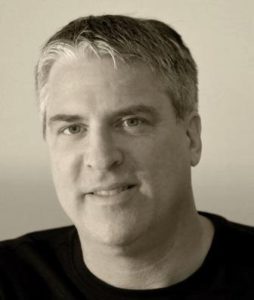 I know it’s been a while since I promised to show y’all how to use GIMP to make a cover for a box set, but I have an excuse. See, as soon as Bob Hammond heard about it, he immediately demanded that I make him one. The delay has been due to his dithering over which of his many, many titles to include. I finally prevailed upon him to pick three so I could get going on it. He wasn’t happy, but he agreed. He even sent me an image to use for the cover. What a guy, huh?

So what’s this GIMP thing? The short answer is that it’s a lot like Photoshop, but it’s free. You can download a free copy of GIMP here. The longer answer is that GIMP (GNU Image Manipulation Program) is a powerful graphics program, and for most of us making our own book covers, it has more power than we need. It’s also developed by a community, which is cool in some ways, but brings its own little quirks. If you’re familiar with Photoshop, GIMP may confuse you because some of the commands have different names and may be in different places than you’re used to.

On the other hand, GIMP will make you a nice, free cover for your box set.

Still with me? Okay, here we go. END_OF_DOCUMENT_TOKEN_TO_BE_REPLACED

This is an ongoing, basic course in graphic design for writers.

The complete resume of my education and credentials in graphic design can be expressed in one word: Nada.

And that’s why it might be worth listening to me. You’re a writer, possibly a small publisher. Like me. You probably don’t have art talent, can’t afford expensive programs, don’t have the time to study books or school courses aimed at producing designers and artists. Like me. And, like me, you have very specific needs: book covers, logos, banners, website graphics.

And speaking as a non-designer who has done pretty well in creating those things, I am telling you that you can do it. Using free or cheap programs, without a lot of didactic learning. Using ingenuity rather than money or talent. And having fun. END_OF_DOCUMENT_TOKEN_TO_BE_REPLACED