And then there were two: Oyster, one of the three best-known eBook subscription services, announced Monday that it plans to shut down. Oyster has been vying with Scribd and Amazon for customers for its Netflix-like plan, which allows readers to borrow as many eBooks as they want for $9.95 a month. Or it did. Now, Oyster’s founders say they plan to “sunset” the service early next year.

It was a short run for Oyster, which launched in September 2013 as a competitor to Scribd. The marketplace got even more complicated in July 2014, when Amazon started offering Kindle Unlimited subscriptions for $9.99 a month. At that point, Oyster began offering titles for purchase outside of its subscription catalog. END_OF_DOCUMENT_TOKEN_TO_BE_REPLACED 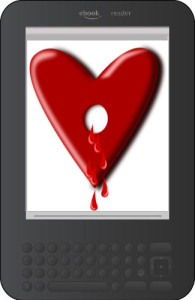 Apparently Scribd didn’t realize that romance fans read a lot of books. A lot of books. Any outfit that charges a membership fee – like a gym or, hey, a book subscription service – counts on a percentage of the members dropping out or otherwise not turning up to use the facilities. Those fees help to keep the lights on while not putting any strain on the resources. (So when you bought that two-year gym membership and then quit going after two weeks, you were actually helping other members! How altruistic of you!) END_OF_DOCUMENT_TOKEN_TO_BE_REPLACED