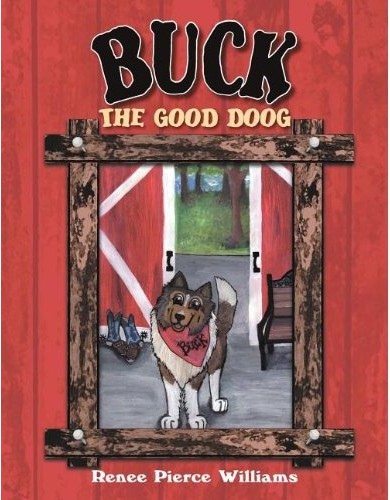 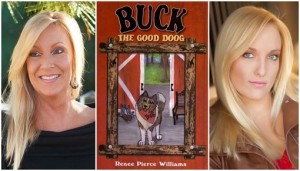 Author Renee Pierce-Williams is pleased to announce the release of her new book, Buck, the Good Doog. The book was illustrated by her daughter Shelby Renee Williams.

Renee says, “Shelby brings Buck the Good Doog to life with her love for animals and her artistic ability. Each image in the book is hand painted. There are no computer-generated illustrations. Because Shelby grew up knowing and loving Buck, she was the obvious choice to be the illustrator for this book. No one else could have painted a more accurate depiction of the main character. As a writer and her mother, I am truly honored to have worked with her on this project.” END_OF_DOCUMENT_TOKEN_TO_BE_REPLACED

Author Vickie Johnstone contacted Indies Unlimited to announce a new release that is aimed at helping children’s charities. Day of the Living Pizza is one of the stories included in The Gage Project –  put together by Inknbeans Press for Gage Bailey (author Nickie Storey-Bailey’s son).

Vickie’s story is part of it. “I’ve put it free (waiting for Amazon to make it so) to help drive traffic to the anthology. I hope it works! Until it goes free, all profits to the kids’ charities,” she says.

You can find many enjoyable stories, jokes and poems for children in the main book: The Gage Project profits all go to charity. Happy reading!

Detective Smarts of Crazy Name Town has a problem. Doctor Boring and his receptionist have been bumped off, and the only clues at the scene are some olives, tomatoes, mushrooms and sprinkles of oregano. With the town folk dropping like flies and strange figures stumbling down the streets, Officer Dewdrop has an idea.

Written especially for Gage Bailey and contained in the Gage Project book to raise money for children’s charities. All profits go to charity. Thank you for helping.

This title is currently available FREE from Smashwords.

Author P.K. Harrington contacted Indies Unlimited  about the release of her new book, 2012 Armageddon: Unholy Alliance. This new title was released in November 2011 in Kindle and December 2011 in paperback. She says, “This is my first and possibly only fiction title. It is available through Amazon, Barnes & Noble Nook and Smashwords.” END_OF_DOCUMENT_TOKEN_TO_BE_REPLACED