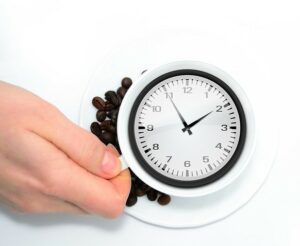 In plays, movies and the reality they are imitating, a pause happens because something else is going on. Someone is thinking, reacting, showing emotion, waiting for attention or performing some task. Often the pause is used to heighten the emotion while we wait for something important to happen (see ‘Earned Pauses’ at the end of this article). END_OF_DOCUMENT_TOKEN_TO_BE_REPLACED

In my reading, I often see questionable usage of a few related punctuation marks. I know (1) that grammar is not every writer’s strong suit and (2) the rules for grammar are more often gray rather than black and white, with lots of room for subjective variation, but a short primer on a few of the more confusing marks might be in order.

Many writers today seem to either hate or distrust the semi-colon, and that could be because they are not clear on the usage (and I won’t even go into the discussion about the spelling, with or without a space and/or dash). Cathy Speight did an IU piece on this persnickety punctuation mark a while back, but I want to talk about it along with some other marks that are sometimes confused, so I’ll recap the semi-colon here as well. Interestingly enough, in the mid-19th century there was an organization of writers in Cincinnati, Ohio called the Semi-Colon Club. Members included Harriet Beecher Stowe and Chief Justice of the Supreme Court, Salmon P. Chase, among others. I would guess from their choice of name for their group that they were not afraid to use the much-maligned mark. END_OF_DOCUMENT_TOKEN_TO_BE_REPLACED

“There was something I was going to write about for my Indies Unlimited post this week,” I said to my daughter Kat. “Do you remember what it was?”

“Hmm. Maybe it was punctuation in dialogue,” she said.

“You’re right!” I said. “You were saying that your teachers never went over it in school.”

“Yeah,” she said. “We concentrated on learning the rules for writing essays, because that’s what kids need to know to pass the state-mandated tests.”

I interjected, “Which the kids need to do so the teachers can keep their jobs.”

“Exactly. And there’s no dialogue in an essay.” END_OF_DOCUMENT_TOKEN_TO_BE_REPLACED

I mentioned my mad summer wasping job last month. I have no particular excuse for doing bonkers things for a living except that sometimes they provide good fodder for books, but I wasn’t expecting this one to introduce me to a whole new concept in punctuation. Maybe being an apostrophile means that you find such joys everywhere but I have to share this one. Here is the story of the seasonal apostrophe.

This is the third summer I have spent killing wasps for a living. And it’s the third year The Boss and I have debated the seasonal apostrophe, proudly invented by The Boss himself. It amuses us but it also creates an annual row about my van’s livery. END_OF_DOCUMENT_TOKEN_TO_BE_REPLACED