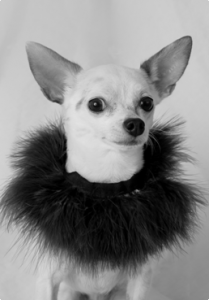 ‘You should write a post on being funny,’ fellow minion Yvonne suggested. She was trimming my hair for the wasping season, entirely as though a special haircut for killing wasps wasn’t a bizarre thing to ask for. But then Yvonne, hairdresser extraordinaire as well as much-loved local Indie, has got used to my oddities. I wanted something long enough to push through the back of a baseball cap (because otherwise the wasps get caught in it) but layered enough to poodle-up a bit for parties. Yes, ridiculous, so we giggled.

There is something very unfunny about analysing humour though, and something even less amusing about claiming the right to pontificate about it. However, the idea took hold and here we are looking at getting laughs. The topic fascinates and repels me because people who tell me they are funny are a pet hate. It’s not for them to decide! I may laugh, I may not, that’s up to me.

I’m therefore not going to dare to try and tell you what’s funny, I’m going to look at ways to use humour to corner your reader into the reaction you want for them at that moment in your writing. I hoped to have three points, the best gags work in threes, but actually I thought of four. So this article is officially not funny at all.

To start with, there’s telling jokes.

Gags come with signposts—knock knock, the number of somethings it takes to change a lightbulb, surreal elephant situations, puns—you don’t have to say, ‘I’m going to tell you a joke,’ but the lead-in flags it up anyway. What reaction do you get? Usually a groan. Sometimes a polite titter, after all, you’ve given the instruction to expect merriment.

How can you use standard gags in writing? You can certainly use them to set up a character. Is one of your protagonists a habitual joker? Are the gags good or bad? Well-timed or inappropriate? Are they the only form of communication this person understands? A paramedic who uses a string of terrible puns to take your mind off your pain is different to the boyfriend who does nothing but joke when the conversation gets serious. The uncle who amuses kids with silly jokes in a crisis isn’t the same as the one whose humour is always just slightly off-colour. Loads of fodder to show-not-tell here, and if you are short of gags to use, Rich Meyer and Carol Wyer are both full of’em.

Then there’s writing about funny things.

Does your protagonist keep getting into ludicrous scrapes à la Bridget Jones? Do you want your readers to love her for the whimsical humanity or despise her for crass stupidity? Let me tell you tell you about the time my friend Rachael tried to put a new roof on her garden shed. She laid the bitumen-coated roofing felt out on her lawn to cut it to size, but then couldn’t kneel on it because the sun heated it up too much. So she left it for a cooler day. That night it rained and she woke up about four in the morning in a panic. The shed had no roof on. She dashed out in her nighty, pausing only to put wellington boots on her feet and a huge straw sunhat on her head. She picked up the roofing and leapt onto the compost bin to chuck it manfully over the shed. She slipped and fell, toppling upside down into the bin…where she stayed for several minutes, stuck, helpless with laughter and wondering what anyone who had heard the noise and was looking out of their window would make of her predicament.

You’d like my friend Rachael. She’s resourceful and practical and laughs at herself easily; but then you knew all that. Did you smile, grin, nod, or just move on? You probably didn’t laugh out loud, the tale built too slowly and there was no surprise. There’s plenty of character development fodder in funny situations but you might not have your readers snorting back tears on the bus.

What about black humour?

You could well get your laugh. You may or may not have been funny but you’ve timed the light relief perfectly, your reader needs a break from the hell. I’m reminded of a stage direction in Ben’s play about death, which puts the audience through some heavy-duty angst here and there. It reads, they laugh, but it isn’t funny. Just like I do when aforementioned pal Rachael (we drove ambulances together in younger days) says, ‘Remember when we dropped that diabetic down the stairs?’ It wasn’t funny then either, but we laughed instead of crying and we still do. If you want to put your readers through the wringer, give them a well-timed spot of relieving amusement, they’ll love you for it and you might just get that out-loud giggle. Whether you deserve it or not.

The most elusive of all, I wish there were a formula but there isn’t. Who makes me explode embarrassingly in public places? Terry Pratchett, Bill Bryson and, oddly enough, Anthony Trollope. Your list will be different but the traits are similar. I think the trick is that they’re not so much out for the laugh as genuinely amused themselves.

So, if you want to be funny, by all means learn the rules of comedy but tell me about something that really tickles you…and help me see it the way you do. Surprise, incongruity and the rule of three can help you do this but if you’re trying too hard to make me laugh it probably won’t work. Or maybe the secret is something else. I wish I knew.