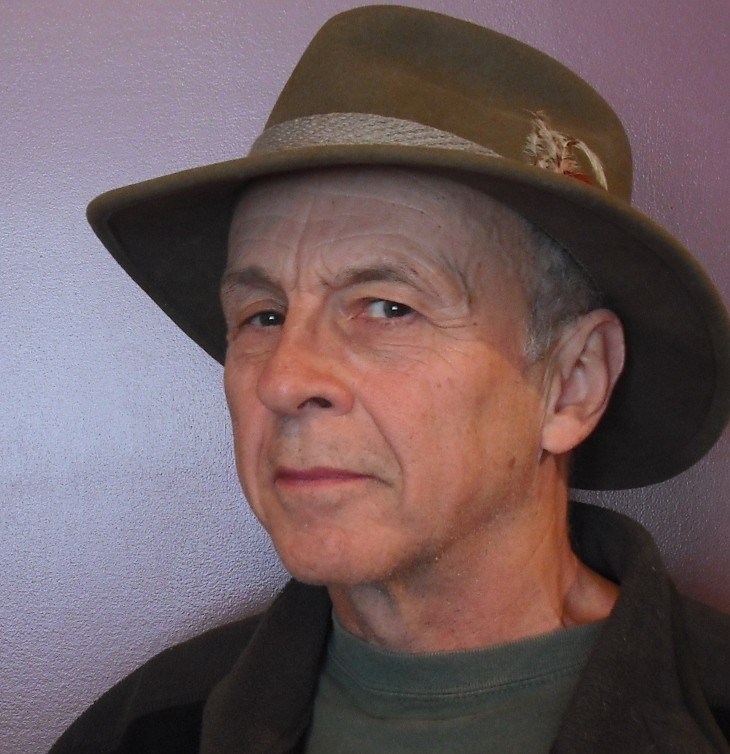 Cathy ignored the interruption and continued reading her e-book. She savoured every second of time on the single tree-shaded bench in the barren schoolyard, a rare oasis in their industrial neighborhood. And, she had no need to visually identify the speaker. Everyone at school recognized big Kathy’s snarl.

Cathy shuddered at the ensemble growl of the Swarm, the cabal of tough girls that shadowed Kathy. She had no fear of Kathy one-on-one, despite her reputation for pummelling other students of either gender. Cathy’s black belt gave her the edge she needed—and the first part of her hated nickname. However, she couldn’t take on the Swarm too. She rose as the gang encircled her.

“The homework about homo’s phones,” said Britney, setting the Swarm all atwitter with her politically incorrect pun.

“If there are homophones,” Britney continued, “are there also heterophones?” She eyed the Swarm making sure they caught her clever wordplay.

“They are called heteronyms,” Cathy snapped. She found Britney an affront to women, with her bottle-blonde hair, navel-baring top, and smart-ass remarks.

Kathy chuckled at Britney’s distress. Good, Cathy thought, she is not taking sides.

At six feet tall and one hundred and forty pounds, Kathy’s presence at school was as undeniable and pervasive as gravity. By twelve, she passed for sixteen. Now at sixteen, she resembled the women on the strip joint marquee posters downtown. Even with no makeup, loose clothing, and her red hair in an unflattering style, she turned men’s heads.

Cathy stood four inches shorter with a ballerina’s physique—or, as she often said when looking in her mirror: skinny and titless. She dressed plainly, wore her tawny locks pulled back, and turned no men’s heads, which she appreciated most of the time.

“What are homophones,” asked Latisha. “I missed that class.” Almost as tall as Kathy but slender, she kept her black curls short and usually wore men’s blue jeans and T-shirts.

“Homophones are words that sound the same but have a different spelling and meaning.”

“You’d better have our words.” Kathy glared at Cathy.

“Mr. Barkley asked for one example each. Is that so hard?”

“You’re missing the point, Ninja Nerd. I made it your job.”

“I spent two minutes on Google last night and found over two hundred.”

“You memorized them all?”

“Most.” Cathy loved to read and research—hence the second half of her nickname. “I will give you each a pair. Can you remember it until class?”

Seven girls pulled cell phones from pockets and bags. “Who remembers anymore? We’ll text it,” Latisha said. “You should get a cell.”

“Not me,” the Swarm chorused.

Kathy punched Cathy lightly in the shoulder. “Brit got you that time.”

Cathy shrugged. “Come on. Who is first?”

“Give me mine, Ninja Nerd.”

Cathy relaxed knowing she could skewer each girl separately and avoid the wrath of the collective, as long as Kathy approved.

“I’m not going to say whore in front of Mr. Barkley.”

“I’ll take it,” said Latisha. “I wanna see Barkley squirm when I stick out my boobs and say whore in my sweetest little voice.”

“Go for it, girl,” the Swarm chanted.

“For Judy,” Cathy recited, “l-y-r-e as in an old instrument, and l-i-a-r as in when you told us you slept with Randy.”

“For Ashley, d-i-s-c-r-e-t-e as in distinct, and d-i-s-c-r-e-e-t as in having good judgement, something you lacked when you dated Demitri.”

“For Ivana, d-a-y-s as in parts of a week, and d-a-z-e as in your state of mind after three beers at Guy’s party last week.”

“For Semona, b-u-t as in on the contrary and b-u-t-t as in what is bulging out of your undersized jeans.”

“I still need one,” Britney whined.

“Here is a triplet for you, since you are so special: v-a-n-e as in weather vane, v-e-i-n as in something that carries blood, and v-a-i-n as in thinking you are so precious.”

“For you, I saved the only quad set of homophones I found. It is sure to impress Mr. Barkley.”

“Do you really want everyone here to copy what I give you?”

“Get lost.” Kathy waved the Swarm away. They strolled towards the school, anticipating the bell.

“If you want insults, I have lots.”

“You’re okay, Ninja Nerd.” Kathy’s face relaxed into a rare smile. “Whatever got you into that ninja thing, anyway?”

“I hear you workout four or five days a week. What’s with that?”

“Oh, I guess I can confide in you,” she said sitting down. “If you promise to keep it to yourself.”

“I promise.” Kathy sat at the other end of the bench.

“Five years ago, something bad happened, and I decided to learn how to defend myself.”

“Did someone hurt you?”

“Not me.” She paused to gather strength for the next words. “A man sexually assaulted my big sister…”

Kathy’s smile vanished. Her expression darkened. Cathy had often seen that visage of pain on her sister. Kathy composed herself and stood.

“That scared look when I said sexual assault.”

Kathy threw a roundhouse punch at Cathy’s head. Nimble and quick from years of sparring, Cathy dodged the hit. Kathy lunged to grapple the smaller teen. Cathy danced sideways. She chose not to hit back—Kathy moved too slowly to be a danger. Kathy chased Cathy four times around the tree, and then gave up, angry and gasping.

“I guessed correctly, eh? Someone did rape you.” Cathy persisted.

“I bet he did it more than once, right?”

“Is it a man you know? Your stepfather, maybe?”

“Have you told your mom, at least?”

Kathy dropped to the bench, hiding tears with her hands. “Mean…bitch,” she said in ragged cough.

Cathy gasped. She was being mean.

She sat next to her sobbing classmate and slipped her slim arms around the big girl’s shoulders.

Kathy’s silent sobs abated as they rocked gently together.

“You know Ninja Nerd,” she whispered, “we’re not so different after all.”

Shaun J. McLaughlin has been a researcher, journalist and technical writer for over thirty years, with a master’s degree in journalism, he lives on a hobby farm in Eastern Ontario, Canada. Now a semiretired freelance writer, he focuses on fiction and nonfiction writing projects. Learn more about Shaun from his Amazon author page.