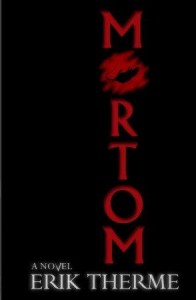 After his estranged cousin dies, Andy travels to Mortom to survey the estate. When he finds a dead rat with a key in its mouth, he thinks it’s some sort of joke. Then he discovers the letter left by his cousin . . . detailing the rules of “the game.”

Andy stood at the foot of the grave, unmoving and unblinking. The cigarette between his fingers burned forgotten as he stared at the dirt, trying to feel something for the man buried below. Not just any man: his own flesh and blood. A week ago Craig had been walking around the town of Mortom, breathing air and living life. And in the blink of an eye, he was gone. When his mother had called and told him the news, he felt nothing. When Thatcher left a message about the estate, he returned the call immediately. He had skipped the funeral and come for the stuff . . . but there was no stuff, only a rat under a fridge. A dead rat with a key shoved inside its dead mouth. And with that: the game. And there he stood, about to do the unthinkable for something he wasn’t sure even existed. Nothing had ever felt so wrong to him in his life.

A car drove past and he watched the taillights disappear into the horizon. The gravesite sat far enough back that the highway wasn’t a concern, but if a car drove right up into the cemetery . . . well, then things would get interesting. The temptation to wait until later into the night was strong, but moving dirt was going to be a timely chore, and he maybe—maybe—had six hours until sunup. He wasn’t sure it was even possible to move six feet in six hours with one man and one shovel. The hole he had dug at the shed had knocked the wind out of him, and that was nothing compared to what he was about to do.

He pitched his cigarette and ran a sweaty hand across his forehead. If he was going to do this, it was time to get moving. No more stalling.

He picked up the shovel. It felt impossibly heavy in his hands, and he told himself again how simple it would be to walk away. He could go back to the house, have a few beers, and blissfully pass out on the couch. In the morning he would catch a bus back to Luther and put all this behind him.

How many times had their mother uttered those words? Hundreds? Thousands? Never had the phrase felt more apt. And he truly believed what he told Kate earlier: some things were meant to stay buried. He believed that. He did.

But some things had to be discovered.

Craig hadn’t been insane. Not in the traditional sense, anyway. There was entirely too much method in this madness, and that meant Craig had been driven by another force; one as equally powerful, destructive and unpredictable. Mary could talk until she was blue in the face about how awful he had treated Craig while growing up, but no amount of childhood teasing could drive a man to this level of hate. There was more to the story; more buried below the surface.

And that was why he couldn’t walk away.

There was tomorrow to think about. And the next day. And the day after. He would spend every day of the rest of his life, wondering what it all meant, never knowing the full truth. Never understanding why it had come to this.

And that was unacceptable.

So there he stood. The alternative was simple. Dig six feet into the ground and break open the coffin. If that was what needed to be done, then that was what he was going to do. Right or wrong. End of story.

He raised the shovel.