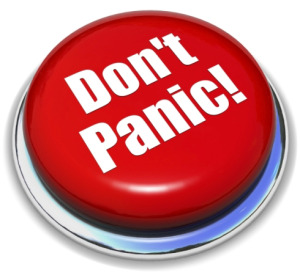 I wrote in Recognising a Crisis Part 1 about some of the ways we prevent ourselves from processing disastrous information, this time I’m going to take a step back in time to the moment an emergency begins.

You’ll have been in a building when the fire alarm goes off…what’s everyone’s initial reaction? A test, a prank, a short-circuit. If someone collapses in public, or starts choking at a restaurant maybe, the usual first assumption is that they’re larking around. Most first responders will have had the experience, multiple times, of being met at the scene of an emergency by someone wringing their hands and repeating ,”I didn’t realise it was real.” Of course, while dealing with their guilt for being human they are now delaying you getting on with your job, but that’s a whole ‘nother article.

Believe it or not, there’s a rule of thumb for working out how long it will take the average person to spot a crisis unfolding, and it involves the five senses. If an event only affects one sense, we are hard-wired to assume it’s normal. Two senses and we will begin to react as though it might be an emergency, three senses or more, we’re in full-on ‘do something’ mode. So, the person who is choking in a restaurant may look like they’re joking but when they begin to make strange noises, or maybe go silent, they are assaulting a second sense. If you touch them and their skin feels wrong, that’s the third..

A friend of mine nearly didn’t escape a basement fire, she explained that at first there were just strange shadows on the wall and she thought something odd was happening outside to make the trees behave differently. Then she heard a noise and her brain added this to an idea of unusual weather. When she smelt smoke, the fact that it was a fire sunk in and she reacted. She has never forgiven herself for that delay, which could have killed both her and her daughter. We chat about being human from time to time.

I used to run joint fire and first aid courses for a fire training company in London. The chap who ran it used a fascinating video to illustrate this process. It had come from the security camera of a small convenience store and recorded the aftermath of someone setting light to a cardboard display stand by the door, probably kids. People wandered into the shop, looked directly at the fire and continued to the counter to buy what they wanted…putting themselves between the blaze and the exit. Nobody picked up a phone, nobody left in a hurry, situation normal. Until the smell of smoke kicked in, because it wasn’t a marketing stunt after all.

We do it all the time because life would be impossible if our brains interpreted every anomaly as a crisis. My ‘check engine’ light comes on and I assume it’s nothing. If I start to hear a funny noise under the bonnet I’m more likely plan to call someone. Nasty smell and I’m stopping there and then. We call my smoke alarm the ‘toast alarm’ because it goes off every time someone makes toast, therefore the day someone had forgotten to turn the heat off under an empty pan, it was well alight before the smell of something that wasn’t toast made me go investigate.

Of course, none of this applies if your job is to expect the worst. If you’ve been trained to assess a situation for danger at 50 paces one sense will do, which is exactly how my ambulance team-mate Rachael found herself taking the pulse of an old man who ‘looked a bit peaky’ at Madame Tussaud’s.

If you’re writing about professional cops, paramedics and firefighters, by all means allow them to get it right instinctively, but if you place a normal person in extraordinary situations, your tale will ring more true if they take their time processing the problem. You also get a free side of reasons they can feel awful about themselves afterwards!

17 thoughts on “Recognising a Crisis Part 2”