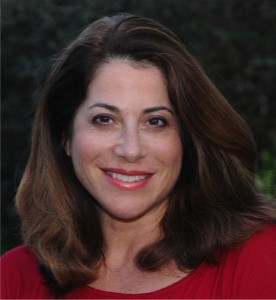 One of the questions I get asked in regards to creating characters is “how do you deal with the mindset of a villain?”

Certainly nobody enjoys going to a dark mental place where, we have to assume, a lot of nasty characters reside. Still, if you want to remain true to putting a human face on a villainous character, you have to give him or her a lot of thought.

My wonderful writing mentor Ronald Jacobs always advised me that the best adversaries in a plot are worthy adversaries. In order to make an adversary worthy, there should be a spark of humanity there, a reason why he does what he does. This way, the reader can relate somewhat with the antagonist and interest is created. The more human the villain is, the more impact he has.

Then I had the opportunity to talk with a famed forensic psychiatrist who stunned me with his answer to a question I asked him.

I asked if, as a therapist interviewing a killer, does he see the human inside the monster?

He said sometimes. Other times, no–that looking into their eyes was like looking into the face of pure evil.  I think it stunned me because I was surprised to hear an expert on human psyche say that. And if real people can be purely evil then my effort to create a “worthy adversary” with a method to his madness might as well be thrown to the wind.

Now, there are fiction stories about wholesale murder without any rhyme or reason, but they work because the focus is on the investigation, not on the villain himself.

And I think that if you are going to write a story about a murderer who kills for the sheer joy of it, then let the investigation be the driving force of the plot.

When I did the research to create Victor Archwood, (who is the Professor Moriarty against my Sherlock Holmes, Detective Gabriel McRay), I wanted a worthy adversary.

Victor’s got problems, no doubt. Big ones. But I thought that delving into his psyche would give him the human face needed for that bond I mentioned earlier.

I read a lot of research papers. I speak with the experts. To be honest, it’s not fun getting into the mind of someone who can justify hurting other people.

I keep coming across that detachment issue. If a person is detached and sees his fellow human beings as nothing, it’s easy to treat them as nothing. But does writing about someone completely devoid of feeling make for good fiction?

Again, there are good stories about murderers without backgrounds. Take The Silence of the Lambs. Buffalo Bill is stealing the skin from women all over town and he’s about as twisted as they come. But he’s not Clarice Starling’s worthy adversary. Hannibal Lector is.  We don’t know what motivates Buffalo Bill, but we don’t care, because we are more fascinated by Lector. Why? Because he’s a gourmet. He’s a gourmet who eats his enemies, but, according to him, they had it coming. We are repelled by his actions but at the same time we are amused and impressed by his self-imposed protocols and his intelligence. We also know he has a crush on Clarice and therefore we are afforded the security of knowing he probably won’t do her any harm. You see? The human inside the monster.

True evil may exist, but if you are going for entertainment value, make sure your adversary is a worthy one.

Laurie Stevens is a novelist, screenwriter, and playwright. Her Gabriel McRay psychological suspense series has won nine awards with the first two books soon to be published by Blanvalet (Random House, Germany). To learn more about Laurie, visit her website and her Author Central page.

10 thoughts on “Creating a Worthy Adversary”