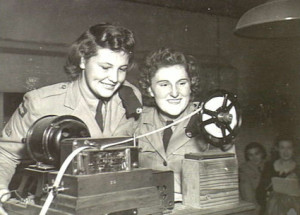 First, as an editor, it makes me a little squirmy to write blog posts about “how” to write. Beyond basic grammar and clarity, the rules of writing, especially in fiction, are a kind of flexible armature and differ according to the author, the genre, and the situation. However, I’ve been seeing something in fiction lately that makes me want to slam my head against the keyboard: telling readers in quite unsubtle terms that the plot is about to take a shocking turn. The device is commonly called telegraphing.

There are few different flavors of telegraphing. For this blog, I’m going to focus on the one that irritates me the most. You’ve read examples of this, I’m sure. Everything is going along swimmingly for the characters. Life is lovely, everyone is happy. Suzie just got her big promotion and that hunky guy is finally paying attention to her…and then an omniscient narrator warns us that, oh horrors, everything is about to go sideways in a big, bad way. IU minion Lynne Cantwell has called this the “little did they know” effect. Little did they know that a monster is about to rise up from the depths of the ocean…that the evil scientist is planning to swarm the entire planet with killer bees…that we are about to run out of coffee in the Death Star cantina.

Don’t quote me on this, but I think the device has its roots in old-fashioned serials, mainly the ones where the woman is left tied up on the train tracks, and radio dramas and soap operas where the writers depended on projecting an ominous situation so the viewers would tune back in to find out what horrible fate would befall their favorite characters and how on earth they would ever get out of it alive.

Used in a novel, this kind of telegraphing can do your writing a disservice and separate you from your readers. Here’s what I’m thinking when I read one of these:

So how is telegraphing different from foreshadowing? Foreshadowing is subtle. Foreshadowing is a small, ominous reminder a reader tucks into the back of his or her brain that something wicked this way comes, without telling what that thing is and when it will come along. It’s often symbolic; some authors use changes in weather, evil omens, dangerous animals or weapons. One of my favorite bits of foreshadowing is from the beginning of Ernest Hemingway’s A Farewell to Arms: “The leaves fell early that year.” It’s quiet; it doesn’t scream, “someone’s gonna die!” But it does sneak into your head, owing to that early death symbolism of falling leaves.

Another way authors sometimes foreshadow is to show a minor incident or exchange of dialogue that can quietly let us know something larger will happen later in the story…without giving away the store. Like in the beginning of the film version of The Wizard of Oz, when Dorothy calls Mrs. Gulch a wicked old witch. Or the bit from Fatal Attraction when Glenn Close tells Michael Douglas that she’s “great with animals and loves to cook.” Poor bunny. Employing a device like this “seeds” events that happen later. They let readers feel smart and engaged, instead of spoon-fed. Foreshadowing is a fine brush, whereas telegraphing can be a sledgehammer. And you don’t want to hit your readers with a sledgehammer, do you? Because that really leaves a mark.

25 thoughts on “Telegraphing Versus Foreshadowing”