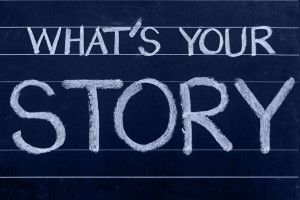 Most of us know that memory can be a slippery, elusive thing. Ask any small group to describe the same incident and each one will recall it differently.

Many of you may be familiar with a common game played during training sessions in the workplace. The first person in the circle is given a scenario and told to whisper it word for word to the person next to them. Each person then passes it on to the next. The last one repeats it aloud. When it is compared to the original it inevitably differs, often in many ways, in spite of the instruction to repeat it word for word.

When my sister and I discuss events from our childhood, the disparity has on occasion even led to arguments, especially when one of us feels she has been victimized. Talking them over has actually strengthened our relationship.

A friend of mine recently recounted an anecdote from her childhood. Her younger brother remains convinced to this day that his father tried to drown him when he was four by pushing his head under water. Yet as my friend – his older sister –recalls it, her brother fell into the water at the end of a pier, his father raced over and grabbed him by the hair to prevent him from going under again, actually saving his life.

This last instance shows just how extreme the differences can be. Yet, all parties in these examples recalled their stories as accurately as possible. Not one made any attempt to deceive. They all told what they believed was the truth. This was their reality.

This was brought home to me as I contemplated writing my memoir. In it I know I will narrate the incidents I refer to as truthfully as I am able. At the same time I am painfully aware that my recollections are subjective and so, necessarily biased. It’s supposed to be non-fiction – but is it? Is there even such a thing?

That got me thinking about the idea of using memory as a device in writing fiction. I know that those who write court dramas, police action stories, or mystery and detective fiction use the fallibility of memory as a matter of course. Who saw what, said what, when, where, when, and so on? These novels are all about ferreting out the truth and that’s what makes them such fun to read. Which witness do we believe? Whodunnit? One difference in these novels is that the “witness” is often deliberately choosing to deceive.

But what about the rest of us? What about the other genres within fiction where uncovering  the truth is less important than knowing what motivates our characters? While many fiction writers refer to memories their characters have, I wonder how many of us have really explored using them to their full advantage. How much attention do we give to the memories our characters express and how they can enhance our stories or help us understand and develop our characters? Do we take into account that those memories are, in all likelihood, distorted? Do we explore those distortions and ask ourselves what the real truth is? Do we dig deep enough to find out why our character may recall something in a particular way or how that has shaped their development or world view? Is it important or salient to the story?

For some of us these issues are less important. But my writing is character-driven. I like to get inside the minds of my creations and show readers why they do what they do, how they feel, how they got to be who they are. I have on occasion referred to a memory of a character. But I must admit that, until now, I have not considered delving deeply into the idea of the subjective quality of memory as a way to explore my character’s personality or motivation. I have not used it as a tool, a device to enhance my characters and drive my plots. I’ll certainly be paying more attention to it in the future.

13 thoughts on “Using Memories to Shape Our Characters”