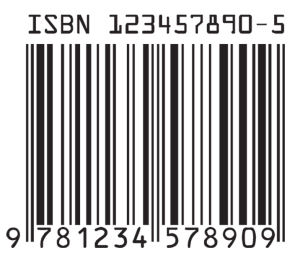 In December 2016 I wrote about transferring my books from CreateSpace Expanded Distribution to IngramSpark.

The process was easier than I’d anticipated, because IngramSpark has directions for transferring title assignment right on the site, and both CreateSpace and IngramSpark were available to help walk me through the process.

Imagine my surprise, then, when I recently read a comment on a popular author forum stating that a different ISBN had to be used for each distributor. Now, this is true if you’re using one of CreateSpace’s ISBNs, because in that case, CreateSpace would be the publisher, and they’re the ones who decide how you get to use it. You can read more about ISBNs here.

There are specific times you will need a new ISBN. From the International ISBN Agency Users’ Manual:

1. If you’ve made significant changes to the publication, including text, title, subtitle, trim size, or form (hardback vs. paperback, etc.)

2. If the publisher has changed.

There are also times when you don’t need a new ISBN:

1. If you’ve made small corrections, such as correcting typos or other proofing errors.

2. If you’ve changed your cover art.

3. If you’ve made minor adjustments to trim size or spine width to accommodate different printers.

If you bought the ISBN from your country’s ISBN agency, readied the manuscript for publication, and then uploaded it to Amazon and other online stores, you’re the publisher. If you’ve uploaded the paperback manuscript to CreateSpace or IngramSpark, you’ve brought them into the process as both the printer and distributor.

Remember, the ISBN is tied to the publisher. Not the printer or distributor. Given that, I was surprised to see someone so forcefully insist different ISBNs were needed for distribution through different companies. It got even stranger when they stated it was illegal to use the same ISBN with different distributors, and berated authors for trying to trick CreateSpace and IngramSpark. When I pointed out that CreateSpace and IngramSpark actively assist authors with the process, it was stated that if that were the case, they were in essence circumventing the law.

I’m not one to get involved in online skirmishes, but I couldn’t let that go. First, here in the U.S., ISBNs are expensive. We can’t afford to waste them.

But more importantly, the accusation that authors were trying to trick distributors, and even worse, collude to do something illegal, had to be challenged.

First, I emailed Bowker, the U.S. agency responsible for the assignment of ISBNs.

The man who responded stated he wasn’t an authority on that subject, but that it would be really odd for an author to assign a separate ISBN for the same product, simply for it to be distributed by a different company. He referred me to the phone number for Bowker (which can be found at the link above).

B:  “Are you referencing CreateSpace and IngramSpark?”

B:  “If you’re using the same format, same trim size, etcetera, you don’t need a new ISBN for each distributor, except [emphasis hers] possibly in the case of CreateSpace and Ingram, because they’re competitors and don’t always like each other, so may not want to work together.”

M:  “You mean there isn’t a law against it? A law stating you have to have a separate ISBN for each distributor?”

M:  “So if CreateSpace and Ingram provide directions and walk an author through uploading the same book with the same ISBN to be distributed by both, that’s okay with Bowker? No new ISBN is needed?”

B:  “Oh, yes, that’s fine! That’s what you’d want, right? If they’re willing to work together, there’s no problem at Bowker with using the same ISBN.”

I trotted back to the discussion to share my conversation, where I was promptly told that the person I’d been talking to wasn’t in their legal department, so that’s where I should go to ask.

I called back, and got the same answer. This time, they asked me where in the world this faulty information was coming from. You can imagine the response when I said, “A discussion board.”

This still wasn’t good enough for the poster on the board, so I pulled up the International ISBN Agency Users’ Manual linked to above, which says:

“5.9 a.:  As the ISBN standard states, a particular edition published by a particular publisher receives only one ISBN. This ISBN must be retained no matter where, or by whom, the publication is distributed or sold.” [Emphasis mine]

I haven’t returned to the board armed with this information; I’m convinced it wouldn’t make a difference. But for anyone reading this, my research indicates it’s not necessary to have a different ISBN for each distributor, and it’s certainly not illegal to use the same one.

But don’t take my word for it. Ask the experts.

12 thoughts on “Do I Need Different ISBNs for CreateSpace and Ingram?”