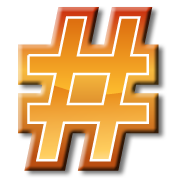 As Indie authors, all the work we do in marketing and promotion goes toward just one thing: discoverability. If readers don’t know our magnum opus exists, how can they buy it?

Sadly, the flip side to that question is how can we make our work more visible?

The stock answer is always ‘social media’, but getting noticed on social media is just as hard as getting your book noticed on Amazon – after all, you are still one amongst millions. END_OF_DOCUMENT_TOKEN_TO_BE_REPLACED 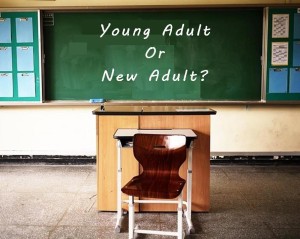 Because of all the confusion, there have been many articles written about this and there’s even a Wiki page explaining what the New Adult genre actually is. Since I’ve written in both genres, I’m going to give you my own take on what I think YA vs. NA really means. END_OF_DOCUMENT_TOKEN_TO_BE_REPLACED 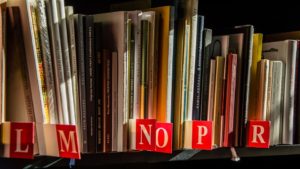 A couple months ago T.D. McKinnon wrote a post for Indies Unlimited that discussed literary fiction versus genre fiction. He also mentioned “…the increasing number of genre labels that sometimes seem to me a little obscure, with the assignment to the various categories certainly more subjective than objective.” In this post, I’m going to discuss genre labels, a bit about their history (at least as I see it), their positives and any negatives.

As I see it, the purpose of genres is as a shorthand to classify a book’s content. It helps bookstores arrange books that are similar to be close together. In turn, this helps readers determine if a book is something they’re interested in or as a way to quickly focus in on the books that potentially fit what they’re looking for. Imagine visiting a brick and mortar bookstore where all the books were on the shelves arranged by author last name, ISBN, or some other method without first having them grouped into genre. Could you find what you were looking for? Genre has historically been one of the most critical factors in book discovery. If a potential reader can’t find your book, they can’t buy or read it. END_OF_DOCUMENT_TOKEN_TO_BE_REPLACED

Genre fiction, originally referred to as popular fiction, has been around as long as there has been literature.

Here we are at the beginning of 2014 and countless changes have taken place, many since the turn of this century. On the literary scene it would seem we are in a state of constant change; the publishing aspect alone has been undergoing radical change, so quickly that it is almost impossible to describe before it morphs into something different again.

Some of the other changes include the increasing number of genre labels that sometimes seem to me a little obscure, with the assignment to the various categories certainly more subjective than objective. At least we do seem to have some say in regard to the classification of those constantly splintering genres, with a degree of choice as to where we might look for those readers: the ones lurking in their enclaves, waiting to discover and, of course, appreciate our literary endeavours. As Indies, we are free to write across whatever genres we choose but, by pigeonholing our work, are we selling ourselves short? END_OF_DOCUMENT_TOKEN_TO_BE_REPLACED