Having dwelled, last month, on several posts about “rules” and concepts I advised writers to ignore or at least salt down, I thought I should balance it with some more positive material; tips to help writers work better. It surprises many to learn that I actually have a Bachelor’s degree in Creative Writing. From the University of Washington, to be precise: Go Huskies! But I learned more while writing for a living: meeting deadlines for newspapers, pressure to write better than the staff on magazines, measuring copy against sales figures for catalogs. And in all those classes and decades of exposure to pro writers, I only picked up a bare handful of tips that I feel are useful enough to pass along to others. So, since I rate in top echelons of truly wonderful guys, that’s what I’m going to do. These are things that actually help and actually work. They are additive, rather than prohibitive tips, ranging from truly simplistic to fairly arcane. And both kind of mystical.

I’ll start out at the simple end of the scale, with something that might just seem silly to many. But for some reason it works. I first heard it from the editor of an Army newspaper, and later, almost word for word, while interviewing a great American writer, the late Ross Thomas. Here goes.

There really isn’t any theory behind this, and only conjecture on why it so frequently works. But try it out and see for yourself. It can be a powerful ice-breaker. Part of what it works on is most obvious to screenwriters. They are used to the advice to cut right into the scene, then cut right out. Vital advice for drama writing. And not a bad idea for fiction. Ever notice how you can see three minutes of a movie on TV and, regardless of the cast and production values, spot if it’s a made-for-TV film? A big clue comes when scenes shift. A car pulls up. A guy gets out. He walks towards the house, maybe moves a kid’s bike. He knocks at the door. The lady opens it. Can I help you? I’m a police officer ma’am. Yes?

Meanwhile, what happens in the Hollywood film? A woman screams and faints, the cop catches her. When she can speak she says, How did it happen? And he tells her.

So the viewer is immediately snared into fireworks and vital signs, not stalled in the Burbs. So if your first line is “John Webster looked around noticing expository description as he approached the Smith home. Fit, in his forties, he…” consider a change, just to see what happens. (I HATE stories that start off with a character’s full name, by the way. Personal allergy.) 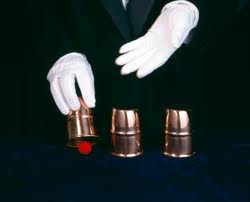 What if it starts off with, “She obviously hated Webster’s guts.”? Or “She came out of the bathroom wearing a towel and a smirk.” Or “They shot the defrocked priest three times, then poured a beer over him.” ? Or, really, anything more interesting. Try looking ahead for the point where things actually start to happen, to a dramatic moment that defines the scene, perhaps even shows who your characters are and how they act before we even know who they are? And swap that chunk for your first chunk? You can call this “cinematic” or “front-loaded” or whatever you wish, but what matters is if you shuffle things around and suddenly say, “Hey, that works much better.” And maybe even, “To hell with swapping, I’m just tossing out that first page.”

I’m not really pushing a different style or mentality of writing here, though it might sound that way. I’m talking about sequencing what you already have, looking for it to fall into a more cohesive composition.

It’s amazing how often just swapping the first two sentences works. It seems too trivial to bother with, and hard to explain, but you’d be surprised how it can open things up for you. I actually had a guy tell me he switched the order of two books in an epic fantasy series. The real meat of it developed in the second book, and he was seeing the first as a sort of prequel.

“Writing coaches” are always suggesting bizarre exercises, but this isn’t like that. It’s mechanics, like monkeying with the timing of a spark plug. The only way to tell if the new timing works is by listening to the sound of the engine. Give it a try. If it doesn’t work for you, switch everything back and sue me.

Lin Robinson is the author of several books and manuals, available at Amazon. An award-winning journalist and magazine/catalog guru in his mis-spent youth, he now lives in Mexico and doesn’t even drink much. You can learn more about Lin at his website. You can also follow him on LinkedIn and Twitter.