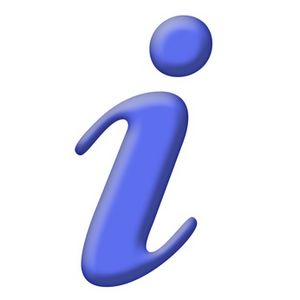 Authors have been pondering this question since Og figured out he could write dirty limericks on the cave walls with a charred stick: Why didn’t I just become a doctor like my mother wanted? Well…that, and how the heck are we supposed to use italics in our manuscripts?

Before we get into when to use or not use them in our books, let’s fix ourselves a nice cup of tea and talk about formatting. You may have wandered around the Interwebs and read a certain manuscript-formatting commandment bequeathed unto us by a variety of literary agents, editors, and publishers:

Forsooth! Thou shall not employ the italic font in the hard copies of thine manuscripts, for that which thou require to be italic is to be underlined instead.

Okay, gang, brace yourselves: They’re wrong. This legacy came from the Olden Days of Vlad the Impaler, around 30 BA (Before Amazon.) Back then, pale, bitter, underpaid people input your typed manuscript with THEIR ACTUAL TYPING FINGERS into a keyboard attached to a machine as big as a VW Bug. They translated special markings scribbled on the typed pages by other pale, bitter, underpaid people whose language only survives today thanks to proofreaders who still proofread on paper. (The typesetters’ translations evolved into HTML code, but that’s a story for another day.) But back then, the proofreaders’ language was Ye Olde Law of the Printing Land. If you, the scrivener (Google it, kids), wanted “I love you, you rotten douchewaffle” italicized in your printed book, they made you UNDERLINE it. This is because old-time typewriters did not have fancy fonts and italics, like you kids have today. We had one font AND WE LIKED IT. But if we wanted anything special, we had to do this:

Fun, huh? Like learning a secret code. Since your high-falutin’ word-making devices can now do all kinds of fancy stuff, you don’t need to know any of that. Unless you’re a pale, bitter, underpaid proofreader who still does his or her markings on paper, because unfortunately, there is no “sqiggly-line-underneath” font. I blame Bill Gates.

Now. Let’s move on to your actual story. Where to use italics?

1. Inner dialogue. I’ve seen plenty of this in manuscripts: “Maybe I should just defenestrate this Madagascar hissing cockroach lover and be done with it,” Suzie thought to herself. Holy punctuation overkill, Batman! Italics work to set inner dialogue off from actual speech. Some writers prefer to set inner dialogue off in single or double quotes, and some, like Cormac McCarthy, use no punctuation for dialogue of any stripe and sometimes confuse the heck out of us. (And yes, bonus points for you clever readers: Thinking to oneself or any self is redundant and can look amateurish, unless your character has the ability to telepathically transmit his or her thoughts.) Here are a couple of tidy ways to use italics to set off your characters’ inner dialogue:

“Sure, I’d be honored to read your article, Doctor Katydid.” Suzie turned away and rolled her eyes. That stupid entomologist can’t tell a dung beetle from a hole in the ground.

Doctor Katydid leaned over Suzie’s shoulder as he examined her work. His breath could dissolve paint, she thought. When I write my novel, he’ll be the first character into the woodchipper.

2. Them’s fightin’ words. Italicizing a word here and there in dialogue or exposition can distinguish one character’s voice from another, clarify meaning, and escalate conflict. Such as: “You call yourself a provider, Og? Where were you when I needed help with the fire? Writing stupid dirty limericks?” Warning: A little italic goes a long way. You could risk looking like a Valley Girl. Unless that’s your intention.

3. Foreign words and phrases for $200, Alex. Some foreign terms have become fairly familiar parts of the English language. “Schmuck,” for example, needs no introduction. More obscure words and phrases should be italicized to alert the reader that this isn’t something they’re expected to know at first. If the word or phrase is used frequently, many editors and publishers recommend you italicize until you’ve defined it by context. The Chicago Manual of Style says once is enough, but I think that’s a little harsh.

4. You’re entitled. Italicize titles of movies, books, blogs, television shows, paintings, sculptures, operas, and plays. Italicize names of newspapers and magazines. Anything that’s a subcategory, such as an article in a magazine or a short story in an anthology, gets quotation marks. So, you’d have an article titled “Vlad the Impaler: Evil Monster or Just Misunderstood?” in this month’s issue of Defenestration Today. I didn’t read it; perhaps it got lost underneath that pile of printed manuscripts I’m supposed to cover with secret proofreading code.

34 thoughts on “Super Italicize Me!”