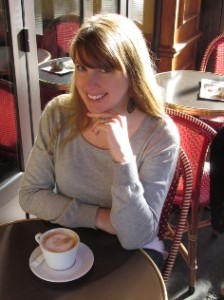 Following the advice of indie authors who’ve been there, you decide to pen a sequel. What? You haven’t? Well you should. It’s daunting – that first book didn’t write itself! – but having multiple books is one of the best ways to increase exposure and sales.

Think of all the energy you put into writing and marketing your first masterpiece. Now your next book can ride that wave of success.

I recently released a sequel and while I did a few things right, I made a few mistakes, too. Beware these pitfalls – and find out what to do instead:

Writing a sequel is a delicate balance of building a world that interests your readers without requiring them to have read anything else. You don’t want to bore those who’ve already read your first book by rehashing everything in the sequel, but you don’t want to leave newbies hanging, either.

Describe your settings and introduce characters, providing new descriptions that build on what you’ve already said in your past book while giving enough to go on in your sequel.

A recurring character in both of my books is Anne Marie, an Irish bartender. Rather than repeat facts about her, the first scene of my sequel starts out in her bar. Loyal readers will remember her from the first book (“Hey that’s the funny barmaid who is best friends with the main character!”) and new readers will learn of her profession via the setting and will learn she’s the main character’s best friend through dialogue.

Solution: Repeat crucial information by saying it in a new way. Leave out extraneous info.

Mistake #2: Talking About Your First Book In Your Sequel Marketing Material

I admit, I made this mistake. I only discovered it as I was buying ad spots for my sequel, Confessions of a Paris Potty Trainer, to promote a Kindle Countdown Deal. As I reread the Amazon blurb I realized it referenced my first book, Confessions of a Paris Party Girl, too much. It gave the impression you should read Party Girl before buying this one. Not good when someone is only a click away from buying your book!

Excerpt from original blurb: “Party Girl is back, this time as a sassy mommy of two, trying to navigate the beautiful, yet infuriating, city of Paris.”

Don’t you feel like you’re missing something? “Who’s Party Girl? Should I learn about her before reading this book?” You don’t want a potential reader to get distracted, especially over something as easily fixed as this.

It conveys the same info without the reader feeling they need to read the first book. Ideally readers will love my sequel so much they’ll want to buy the first one and see how it all began, but that’s an action they should take AFTER they buy this book.

Two better ways to market your first book with your sequel are:

Both of these encourage interest in the first book without cannibalizing sales of the second.

Solution: Market your sequel as its own book. If people like it, they’ll seek out your other work.

Your sequel should look similar to your first book. When people see the books together, they’ll have an irresistible urge to snatch up the entire collection. Be sure that each book can stand on its own but tie in some design themes from book to book, whether it’s via images, font, and/or title.

Even if the sequel is very different from the first book, there must be some common themes/settings/characters or else you wouldn’t classify it as a sequel. My two books have similar titles and the same basic cover design layout, with enough differences to exist on their own.

Solution: Choose several consistent elements across all your book covers.

Following these tips, you’ll capitalize on the success of your first book while allowing your sequel to have a life of its own.

Vicki Lesage writes about the ups and downs of life as an American in Paris. She loves fondue, wine, math, zombies, and spending time with her French husband, rambunctious son, and charmante daughter. You can learn more about Vicki on her blog or her Amazon Author Central Page.

28 thoughts on “Sequels as Standalone Books”