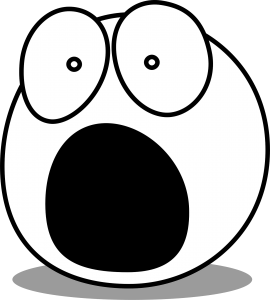 Look around Indies Unlimited and you’ll find lots of good writers. Some of them are even very good writers. In fact, I would be willing to bet that there isn’t a lot that separates the best of us from the worst of us. So why does it seem that a few do better than the many?

Fear of rejection. Fear of success. Fear of … well … just about anything outside of writing. END_OF_DOCUMENT_TOKEN_TO_BE_REPLACED 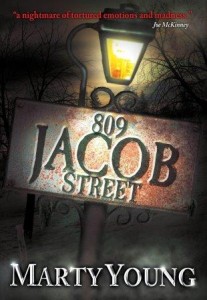 Old homeless Joey Blue must confront a town’s corrupted soul after a terrible warning comes from a dead friend, while newcomer Byron James finds himself involved in the dangerous games of two outcasts. And out on Jacob Street lurks the monster house, the house that calls to them all…

“Dad reckons the place is haunted because of the murders that happened there,” Hamish added.

Byron didn’t believe in ghosts or anything supernatural, but murderers were a whole different ballgame. That was real – and dangerous.

“The family who lived there was killed, and when they were found, their faces were all black and distorted, their necks swollen and purple with finger marks around their throats.”

“Imagine what it would take to kill someone like that,” said Hamish.

“You’d be looking into their eyes as you slowly murdered them,” said Iain, looking into Byron’s. “Watching their horror grow as they realized this was it.”

Byron stared at them, dumbfounded. Who were these freaks?

Then Iain laughed again and Hamish joined in.

“It’s okay, B. We’re not going to kill you. It’s just hard to imagine how anyone could do such a thing.”

“Although this is Marty Young’s first novel, believe me it’s anything but amateur. 809 Jacob Street is as well written and well crafted as anything the master, Stephen King, ever penned. I can say with confidence, if you enjoy the kind of stories woven by King, you will definitely enjoy 809 Jacob Street. You’re in for a wild ride.” by Gary Val Tenuta

As the world of self-publishing continues to change the publishing landscape, two organizations that have traditionally been off-limits to self-published authors seem to have had a change of heart.

The Authors Guild bills itself as “the nation’s oldest and largest professional society of published authors, representing more than 9,000 writers,” and claims to have “achieved much for individual authors through the collective power and voice of their members,” including improving author contracts and royalty statements, and protecting authors’ rights under the First Amendment.