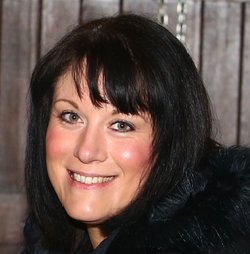 New Year 2010, I was sitting in my campervan overlooking the cold waters of the Atlantic Ocean in the West of Ireland, wondering what I was going to do with the rest of my life. I came across Amanda Hocking’s blog. Amanda Hocking was a twenty-six year old care worker, who’d written seventeen books in her spare time. In early 2010, she began self-publishing her books, and by March 2011, she was a Kindle millionaire! Amanda’s story was the catalyst that changed my life.

Little did I know then, that losing my job was the best thing that ever happened to me. It forced me to reevaluate my life, and discover what I truly wanted. I went back to my roots and started reading and writing again, and that is how the journey to changing my life began. The more I wrote, the more involved I became with the story and the characters, and the more I began to enjoy writing.

My sister told me about a competition that Penguin Ireland was running, where they were offering a publishing contract to the winning novel, so that gave me the push I needed to finish my first book by December 2010. I didn’t win the competition, but I was thrilled just to finish the book.

I sent many query letters to agents in the UK and Ireland. I started work on my second book in early 2011, while the rejection letters rolled in. I discovered Kindle Direct Publishing via Amanda Hocking’s blog, and decided to upload my books . I edited and formatted the books myself because I didn’t have enough money to hire anyone. It was a steep learning curve! I received several negative reviews, which encouraged me to read as many books as I could on grammar, punctuation and the art of writing. I had a trickle of sales during 2011, but I kept on writing.

In March 2012, I published four books, which earned me a few more sales, but nothing major. By 2013, I was tired of writing romance novels, so I decided to switch genres and try crime writing. In March 2013, I published Watched, which went to number 1 in its category — Police Procedurals — where it stayed for several weeks . It was free for 5 days with Amazon’s KDP Select, and that’s the only marketing I used. Watched was the pivotal book for me, both in terms of income and in realising that I much preferred writing crime than romance.

I didn’t have any real strategy regarding marketing my books. I just kept writing and publishing. I studied the bestselling books in my category and tried to emulate their covers, titles and blurbs.

I starting putting books for free using KDP Select in March 2013, but I didn’t advertise them anywhere , because I didn’t want to spend the money, but mostly because I was having such great sales after the free days without any advertising that I didn’t feel it was necessary. I averaged about 4,000 free downloads per book and made about $4,000 in sales within the four weeks after coming off free. Two more of my books were also bestsellers in their categories, making 2013 the first year I made a living from my writing.

I moved out of the camper in March 2013 and now write overlooking the beautiful shores of Lough Derg in County Clare.

I continued to make my books free when I first released them, and I didn’t advertise them anywhere until I published The Offering in November 2013. I paid for an advert with Bookbub. I had 55,000 free downloads and I was jumping for joy, believing that I’d make a fortune when it came off free. Ironically, that’s probably been my worst seller to date!

In 2014, I published four crime books. I set up a blog and a website and focused on Facebook and Twitter, but I didn’t see any major bump in sales. However, while I think social media will have more of a cumulative effect over time, 2015 will see me focusing much more on my writing.

In the past four (almost five) years, I have written nineteen books. I’m not earning millions–far from it, but I’m earning a living from a job that I am passionate about.

Following my passion changed my life, and I would recommend to everyone to forget about New Year’s resolutions and seize the opportunity of this New Year to do whatever it takes to start living the life they want.

Joanne Clancy’s books combine murder, mystery, and suspense with a twist of psychological drama for good measure. She is an avid reader, a self-confessed Kindle addict, and a tea fiend. You can learn more about Joanne at her website and her Author Central page.