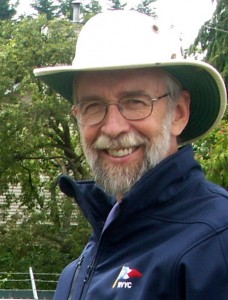 We are pleased to announce that Gordon Long has joined the staff of Indies Unlimited as a contributing author.

Gordon is the author of a number of titles including a drama textbook, one social commentary – Why Are People So Stupid?, and some alternate reality/fantasy books. We here at IU knew Gordon’s snarky side ran deep when we saw his book titled A Sword Called… Kitten? In addition to writing prose, Gordon has authored many plays and musicals which have been performed by professional and amateur groups over the years.

When Gordon isn’t writing, he crews on a 32-foot racing sloop called “Quicker” out of the Royal Vancouver Yacht Club, and occasionally teaches ESL (English as a second language) in Korea. Thank goodness – someone who might be able to tell us what language these instructions are in. Now, perhaps, we can get the DeathStar out of drydock and away from the Google Barge.

22 thoughts on “Gordon Long Joins the Staff of Indies Unlimited”