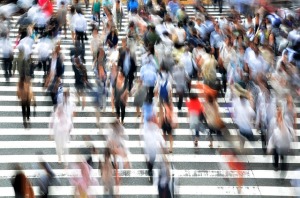 There have been a lot of questions recently about street teams and fan clubs. What are the differences and how can they help you? Having been involved with both, I thought I might share my experiences and then you can decide for yourself which might serve you better.  This month I’ll focus on street teams and I’ll cover fan clubs in March.

With some of the limitations being imposed by Facebook algorithm changes, and also the complete flood in the market, it makes it hard to get any kind of exposure. This is where a street team can come in really handy.

The point of a street team is to gather together a bunch of people who can help you spread the word about your books and support you in building your writing business.

Using a closed group on Facebook, I set myself up a Street Team and then sent out an open invite along the lines of…

Looking for well-trained, intelligent minions, ready to get their fingertips red from continual tweeting, and their voices hoarse from continual word spreading.

I am looking to form a Street Team.

Requirements: Be able to participate in a team of awesome people, have some fun, spread the word… and generally help me out with promoting my books.

Advantages: Be the first to see everything – cover reveals, excerpts, ARCs, plus be eligible for “Thank you, you’re awesome!” prizes 🙂

If this sounds like your kind of thing, please message me and we can have a chat.

So that’s how it started. I had a few volunteers jump up and I soon found myself with a team of about twenty people. Initially it worked really well. I would post promotional stuff in the group and they would share it for me, but as life got busy, interactions seemed to dwindle and it didn’t take long to realize that out of my twenty, only five to eight were actually doing anything.

Now, those five to eight were awesome! I ended up forming a group of proofreaders from them, who I now use for all my books. They then go on to review for me as well, which is spectacularly helpful.

I have to be honest and admit that my street team has now folded and I have set up a fan club instead, which I’ll talk about next time. When I sit back to analyze why the street team didn’t end up rocking like I thought it might, here are a few things I think I did wrong…

1. I didn’t interact enough. I only ever posted when I needed something promoted. In retrospect, I think I should have jumped into that group daily, just to say hi and share what I was working on so that when I did need their help, they would have been more eager and willing.

2. I tried to set up a points system, so every time a member did something for me, they’d score themselves credit and could earn themselves free paperbacks or swag. I know this system works well in some teams, but I just couldn’t maintain it. I lost track and got too busy to check in all the time. I think if you’re going to run a system like this, you need to ask an active member of the team to run this for you.

3. It got kind of pricy giving out swag and prizes all the time. I think I overdid this in an attempt to encourage interaction, but it didn’t really work. People are busy, they have a million other things they are doing and it was highly likely that most of these people were in more than one street team. We can only stretch so far.

I dissolved the group in the end because I was frustrated that some of the people who signed up to help me weren’t pitching in and doing their part. But I felt like I needed to do something, which is why after asking around a few of my author friends, I decided to set up a Fan Club. The differences are subtle, but the shift in expectations is huge and makes having a fan club a far superior experience for me.

Check back in next month and I’ll tell you why I love my Fan Club so much.

11 thoughts on “What Is a Street Team and How Can it Help You?”