It’s Indie Hero month here at IU, so for my indie hero, I picked Hugh Howey. You know what they say — go big or go home.

Just kidding. However, the goal is to get a wide range of indie heroes — from modest to large success. And Howey is among the bigger-name successes and he seems like a genuinely nice guy, so I thought I’d tackle him (figuratively, not literally; you’re safe should we actually cross paths, Hugh).

For those who haven’t heard of him, Howey is the author of dozens of novels, but rose to prominence with this Wool series. The self-published book rose quickly in popularity and was later picked up by a traditional publisher, who gave Howey the first ever print-only deal during the age of eBooks. By print only, I mean, Howey got to keep publishing the eBook version himself, while the publisher only got the print rights. 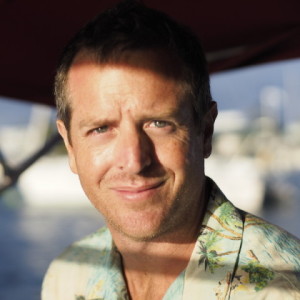 Even though there still remains some stigma to self-publishing (yes, it’s there), the bulk of the “Eww, you self-published” reaction is gone in part due to successes like Howey, who have said repeatedly that there’s nothing wrong with it. I’m not suggesting Howey is the first or the only. But, I am saying he’s a guy who seems unfazed by saying it over and over again. Every time you see something written about him, he is saying something positive and encouraging about self-publishing. And that’s very helpful to new people starting out. He’s a great advocate for the process and for touting the fact that success doesn’t have to mean becoming a millionaire writer. Success can mean paying a few bills. With the help of his buddy, data guy, he even created the site Author Earnings[http://authorearnings.com/], to shed some light on how well self-publishers are doing in the marketplace, compared to traditional publishers. (Lynne Cantwell discussed Author Earnings with him in 2014.)  I like that he’s willing to answer the call and talk about self-publishing, to be that role model. We all famously remember Charles Barkley saying he wasn’t going to try to be a role model. (OK, all of us over a certain age remember; though I shan’t say what age that is because that’s beside the point. Don’t remember? You can read about it here: http://www.newsweek.com/im-not-role-model-193808) There are plenty of people who have great success and choose to simply go home at the end of the day because they’re tired. I like that Howey is willing to talk to the media, to advocate, and to put in the role model time.

Additionally, I like that he’s not afraid to write his own narrative. Seems like that should be given for a writer, hmm? Well, yes and no. Before I got into novel writing, I was a journalist, and in that profession, journalists write the narrative. They pick an angle and go with it. For Howey, it was “overnight success.” But that wasn’t true, and whenever he’s described that way, he’s made sure to dispel that notion. In this Tech Crunch piece, he notes he’d been writing for three years before Wool became a breakout success. He had six novels published by then, which had done decently, but hadn’t been anywhere nearly as successful as Wool would become. While you’d think people would want to correct an incorrect narrative, they often don’t. They’re happy to let the fairy tale stand unchallenged. But Howey doesn’t seem to be. Not for his own story, and not for the story of self-publishing. He didn’t buy that self-publishing was only working for a few breakout successes like himself, Amanda Hocking, and Joe Konrath. So, he blogged about the issue, he asked indie authors to share their success, and later, he helped herald in Author Earnings, the site that offers actual data, rather than just anecdotal evidence, to back up his contentions.

And that’s another reason I like Howey. He wants to help others. Allowing misperceptions to stand would have been inaccurate and harmed other writers. Howey’s presented self-publishing as a journey, one that may or may not end in monetary success. And acknowledging that he wasn’t some miracle worker who hit the gates running with a best-seller shows that others don’t have to be, either. You can and should keep writing. And having a big backlist for readers to discover is something of value.

He also isn’t a zero-sum-gamer, as I like to call them. In the zero-sum game theory, the sum of all acts has to equal zero. (Not familiar with zero-sum game? Read more here: https://en.wikipedia.org/wiki/Zero-sum_game.) So, if I gain two, you have to lose two. Or simply put, for one person to do well, another has to do poorly. There’s a set pie, and in order for you to get a piece of it, you’ve essentially got to take it from someone else and shove it in your mouth. It’s a pretty dog-eat-dog-world kind of attitude. And I hate it. Which is probably why I think Howey is great. Because he’s got a “the more the merrier” attitude. He believes there’s enough for everyone. While traditional publishers, and even some self-publishers, decry the glut of books on the market, Howey doesn’t. It’s certainly easy to feel like, “if they’re reading his book, they’re not reading mine, so I wish he wasn’t there.” But, emotionally that’s a bad place to live. So, I love that Howey doesn’t live there (or certainly he doesn’t seem to). I love that he encourages everyone who wants to self-publish to do it.

And finally, I like that he comports himself with dignity and grace and seems to want the best for others and himself. The presidential primary debates earlier this year were a stark reminder of how easy it is for people who should know better to not act better. It is easy to give in to snark. I mean, writers as a whole, I think are snarkier than others. Regardless of our keen ability to be snarky, I think it’s better for ourselves and for society when we can refrain in certain situations. And Howey, even in his most heated advocacy for self-publishing, does not fall into petty sniping matches with others. And that’s awesome in the age of clapback.