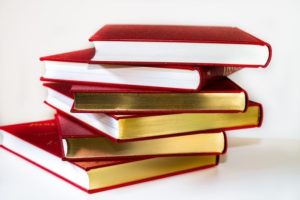 Promotion is a never-ending challenge, played out on shifting sand. Promotional avenues — newsletters, sales sites, etc. — change monthly, even weekly. It’s hard to know who to trust, how much to pay, and how often to advertise.  (Here’s a list of book promo sites and sites for new releases on IU.) It’s the kind of thing that can take up all your time and energy, simply because it’s such a monumental job.

Want to find an easier way?

I can hear you now. What? How is that going to… ?  Okay, granted, it’s not going to help you promote your book right this second. But if you call yourself a writer, if you’ve found that this experience of setting your dreams and ideas down on paper is as satisfying and defining a thing as you’ve ever accomplished in your life, then write more books. If you’ve found you’re a one-book writer, then by all means concentrate on the promotion ideas in the links above.

Okay, those of you who are still with me, I’m going to ask you to take the long view. The very long view. Here’s what I found.

I’ve been writing all my life. My first books were published in the 1980s. For years, I might put out a book or two a year, or maybe none at all in some years. It was pretty hit or miss. However, the number of titles was mounting slowly.

I was never a fan of series. Wasn’t terribly interested in reading them, certainly did not want to write them. I didn’t want to get boxed in to writing the same story over and over (or so I thought).

Suddenly one day, doing some very mundane thing, I got an idea for a book. It involved a female ex-cop working with a male Navajo medium, solving murder cases by talking with ghosts. I think it was the contrast of the characters that really caught my interest and got the creative juices flowing. I had no sooner gotten about halfway through the book when I already had an idea for a second book: a second adventure. This pattern repeated itself over and over. Halfway through Book 2, I was already formulating the plot for Book 3. Granted, the books were short, most around 40,000 words, but the ideas just kept coming, and I kept writing. In 2017, I published seven of these books. It wasn’t unusual for me to have just released one book, have another one out to beta readers while I was typing up a third (I write in longhand), and be working on a fourth, all at the same time. I remembered the old axiom, “The more you write, the more you write.” It was certainly true for me.

I did minimal promotion for the books. Sure, every time I released a new one, I put them all on sale for 99 cents and I blasted that out on my website, my blog, my newsletter, and my social media outlets. I basically did the same stuff I’ve been doing for years. Here or there I might try something new: an AMS ad, a new promo site… but that was rare. Mostly I was too busy writing to even worry about the promotion.

Then a funny thing happened. I check my KDP dashboard periodically, maybe a couple of times a week. It’s not usually terribly exciting. But suddenly I started seeing my numbers on the rise, both sales and pages read. The series books were catching on. Then I noticed something else — the books in my back list were appearing on my sales dashboard, as well. Books that hadn’t sold in months — years — were suddenly showing up. At one time, late in 2017, I checked my dashboard and found that every single one of my books — all 22 of them at the time — had sold at least one copy. Every single book I’d published. Woot!

Look to see what else they’ve written.

Exactly. If you find someone whose stories speak to you, whose style dovetails with your own way of thinking, your own way of imaging the world, you want more. What else have they written? Where else can they take you? And as you’re looking them up, you’re just hoping and praying that they’ve written a lot of books for you to explore. If they have… jackpot!

Based on this serendipitous and lovely discovery, here are my recommendations for promoting your book(s):

Write lots of them.

When you see the first flicker of flame on your KDP dashboard, go ahead and celebrate that, revel in it, but — don’t stop writing.