Back from the hustle and bustle of Black Friday shopping? Tired of stepping over the bodies of fallen shoppers to wrestle with someone for the last Schmoopie Doll? Are your eyes still burning from an encounter with an overly-aggressive perfume-slinger?

Welcome to the Indies Unlimited Reading Room. Here, you will find a stress-free browsing experience. We are excited to share with you the latest releases by the talented staff at Indies Unlimited.

Books make excellent gifts – well, maybe not for someone whose first choice is a robot. Still, you could always get them a book on how to build a robot! (Note to self: write book about how to build your own robot.)

Anyway, you are sure to find something just right for that hard-to-please person on your holiday shopping list! So, browse away. If you’d like to know more, click the cover image and internet massage therapists will escort you to the Amazon page for the book.

[Note: if the pictures below do not display properly, please check your AdBlock settings.]

END_OF_DOCUMENT_TOKEN_TO_BE_REPLACED

A beautiful girl is missing, and may or may not want to be found, a soldier on his last and most dangerous mission, and a vow made to a dying friend. Northern Ireland, in 1996, was one of the most dangerous places in the world. The government called it a state of unrest, the people who lived through it called it the time of “The Troubles”.

Gerald “Hardly” McDougall is a forgotten man. He’s abused, bullied, and left behind. The only escape left is to join the British Army. At first, he’s a reluctant soldier, then everything changes when tensions in Northern Ireland escalate and the Army need a man with a particular set of characteristics. Hardly’s re-assigned and sent into the heart of the troubles, living in the same houses as the IRA soldiers he’s fighting against.

MY NAME IS HARDLY takes the reader on a twenty year journey through Hardly’s life–from the beginning, when he leaves Scotland and joins the Army, to the tragic final days when his time as a spy in Ireland has to come to an end.

Please note-although this is book two of a trilogy, it is a stand-alone novel, and it’s not necessary to read the first book in the series in order to enjoy MY NAME IS HARDLY.

This book is available on Amazon. END_OF_DOCUMENT_TOKEN_TO_BE_REPLACED 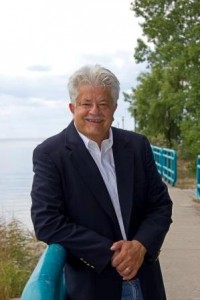 So, it really should come as no surprise that the way men and women view the same novel after reading it is sometimes as different as what can be seen through a set of eyeglasses and a microscope.

That became apparent after I recently met with members of two book clubs – one all male and the other all female – that had read my novel.

One club hails from Attica, the rural community about 30 miles north of Metro Detroit, not the infamous prison in New York state. The Attica Ladies have been reading a wide variety of books and meeting regularly for more than 10 years. Noteworthy. END_OF_DOCUMENT_TOKEN_TO_BE_REPLACED 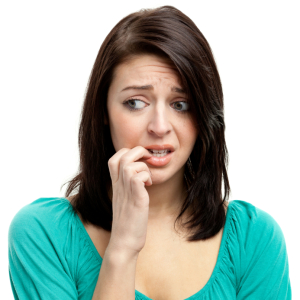 You can do all manner of things to human bodies in fiction and readers will snap you up in droves. Turn them into zombies and spill their intestines into the street. Run them through with arrows and broadswords. Make them fodder for carnivorous beasts and alien spore. Let their sparkly vampire selves glitter in the sun.

But God forbid, don’t give them cancer.