Today, author Joey Avniel shares a sneak-peek of his book, “One-Legged Seagull.” Joey says this is his favorite chapter in the book. You can find out more about the author and the book from his website. Joey will also be appearing in an upcoming Meet the Author feature here on Indies Unlimited. Thanks for sharing this with us, Joey!

Take a journey with Ehud and Simon, as they discover strategies and techniques that help them change frustration and anger into peace of mind. Ehud, a young teenager, meets Simon, a retired vet, after a personal failure. Together they learn how to handle life’s ups and downs with more grace and patience. You wouldn’t be able to put down this “The Little Prince” meets “Karate Kid” fable. END_OF_DOCUMENT_TOKEN_TO_BE_REPLACED 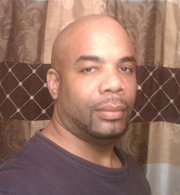 Epic fantasy author Terry Simpson came to the U.S. in 1986 from the Caribbean island of Barbados.  In his youth, he enjoyed reading the works of authors like Louis L’amour’s and Don Pendleton. He later came to love books by fantasy authors such as Robert Jordan, Jim Butcher, Terry Goodkind , Brandon Sanderson, George RR Martin, Brian Lumley, Laura K Hamilton and others. He has also read indie authors David Dalglish, Daniel Arenson, Sean Sweeney just to name a few.

Terry describes his writing as action oriented, descriptive, and at times dark. “I think what sets my writing apart is my ability to weave my setting within my scenes and dialogue and create a certain tension for my readers. I’ve also been told that my strength is in my action scenes, which many call vivid and movie like,” he says. END_OF_DOCUMENT_TOKEN_TO_BE_REPLACED