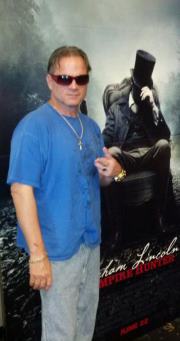 Stephen Hise has been after me for over a year now to pen a guest post and he’s finally gotten his way. Not because of some poetically driven hyperbole that I might telepathically transport to the keyboard; but simply because I’ve travelled the yellow brick road to Hollywood and found the gates are securely locked.

I know, I know. I’m supposed to cage my juvenile urge to crash the golden gates and bang on the door of Paramount and SCREAM, “I’m a talented screenwriter, let me in!”

LA will have none of it. They’ll dispatch the Los Angeles Police to drag my pee’s and q’s from the gates and throw me into the back of the literary bus.

No, dear reader, I haven’t been assaulted by the LA County Sheriff’s Office, not yet.

I do, however, have much to impart to those of you who are thinking of laying down your indie pens and taking a swipe at screenwriting gold, or nightmares, depending on how many Xanax you can get your hands on.

My wayward fantasies of writing stardom tunneled themselves into the corners of my mind in 2010 when my debut screenplay, Destiny, found its way into the finals of Francis Ford Coppola’s screenwriting contest, American Zoetrope, the Page Awards and Sundance.

It was an evening much like any other, me sitting before my computer languishing as a cast of characters argued with one another on my monitor. That’s how it happens for me, it doesn’t matter what I wish to write; the characters always circumvent my best laid plans.

So there I was, lost in the madness of my new script, Storyteller. My witch, Anne Brewer was tied to the stake and cursing the townsfolk of Salem moments before the fire would overtake her. Life was good, and then the chaos of talentville came, calling.

“You have mail” my computer barked.

And so, as any good writer does, I abandoned my creations and peeked at the e-mail which would ferry in rainbow lined illusions of Hollywood.

“Mr. Smith,” the e-mail began, “we are happy to announce that you have placed in the finals of the American Zoetrope screenwriting contest.”

I must have stared at that message for hours, because I knew exactly what this meant. I, a struggling first time writer from nowhere, would soon have at my fingertips AGENTS and offers of greatness.

Indeed, the next day, and right on schedule, I was approached by a Literary Manager who requested my script and promised to read it and advise if I had what it took to become a client.

“I’ve heard great things about you,” this Literary Manger advised.

Days followed and then, the late night calls: “Great news, RJ,” this New York Manager exclaimed! “Destiny is an awesome script, and, I would like to sign you to a contract.”

Now, premise this to say, my entire neighborhood was woken at 1:30 A.M. because I ran out of the house and screamed with delight in the parking lot. My neighbors thought I had been robbed of the little sanity I had managed to hold onto, and in hindsight, they were quite right.

I know, trust me, that I am preaching to the choir right now, for those of you who have been repped, well, you know the feeling.

I had made it! I was now a Represented Screenwriter, and… everyone knows, once you have an agent, well… things just seems all that much better.

Wrong, hold the train… blink back those joy filled eyes. 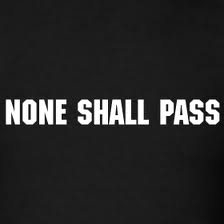 Hollywood isn’t what it seems. It doesn’t matter if you place in the Page Awards and Sundance, it’s all CGI and Special Effects. Smoke and Mirrors have nothing on the games these people play.

It has been two years since the manager promised me the world, and since then I have written three really great screenplays and the calls no longer come.

The producers told me I’d be living the dream by now, but alas… I have come to learn this one important fact: Unless you have the right connections, ie; a super wealthy production friend or you marry the daughter of a STAR, most likely your script will end up on a shelf somewhere with all the other great unknowns.

I’ve spent over $5,000 dollars entering festivals, contests and pitch fests. My scripts have been to festivals and Hollywood meetings.

In the end, Hollywood doesn’t like fresh blood, just look at the remakes and cartoons in the neighborhood theater.

Do yourself a favor, write your indies and publish the e-books, but definitely say goodbye to Hollywood and never wish upon a star.

RJ Smith is the screenwriter of Destiny, Hard Knocks, Storyteller, Doomsday and is currenly writing his new thriller, Intervention. For more information on his chaotic journey, check out his excellent  website. You can also find him on Facebook, LinkedIn, and follow him on Twitter (@RJSmithWriter).
[subscribe2]