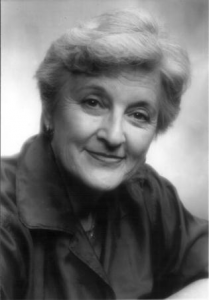 A Historical With Romantic Elements (herein to be known as HWRE) would be distinct from Historical Romance and Historical Saga in that it tended to concentrate heavily on research, with the setting detailed and imprinted with colour and texture. Background would be all-important, with bonus points for an unusual setting. Georgian and Tudor times, for instance, are so well documented and used that research almost falls into the lap. With many other periods, it takes hard work to understand the intricacies of politics, wars and social upheavals and to weave these into a story without overloading the reader with detail.

Philippa Gregory’s earlier novels are examples of the HWRE, although the emphasis on romance has recently increased. She has an immense and entertaining grasp of period. My own novel, Scarlet Wind required a clear understanding of the politics and events of the 1788 French Revolution. And with choices of background varying from Biblical, through Egyptian, Greek, Roman, Asian, Medieval European, Latin American up to the usual early modern Europe and U.S., it’s not so hard for a writer to be different.

Barbara Erskine and Diana Gabaldon use the paranormal element to take us back in time. We are immediately absorbed into another world that is rich in detail. Yes, these are romances. However, the historical background, the events and other major characters are vital and, together, carry equal weight with the love story. Look at the Hornblower series, where the romance plays a relatively small part against the romance of sea-faring adventure. Bernard Cornwell’s books evoke the very smell of early 19thC London. His sense of period is outstanding; the romantic element is always secondary.

Naturally, as with all fiction, well-rounded characters are vital. With HWRE the writer would have the option of introducing an iconic character, someone who actually took part in events, someone the reader could recognise. In a novel with a Tudor background I chose to feature Sir Thomas More in a minor role, but one which influenced the story line. Hopefully, this added a colourful thread to the tapestry that became a book.

Even as secondary characters, real historical figures give verisimilitude – a lovely word that is integral to historical writing. And if the facts show that something is likely to have happened, let’s make it so.

An added benefit is the ‘commercial’ topic. A reader given a choice between two well-written Historical Romances, one about a solid Victorian banker and another about a Georgian political spy, would probably choose the spy. Researching the spy’s background could open up fascinating details about the politics, wars and lifestyles of the period – all of which would enhance the romantic element. Of course, the banker could have led a secret life as Jack the Ripper, but introducing the romantic element there would be a challenge.

Writers are always being told to live up to the promise they make to readers in title and blurb. So the HWRE would need to play fair and define the content, making it clear that the emotional element would not be the whole emphasis. More likely, character, place and/or event would at least enjoy equal status. Jane Eyre, for instance, begins with a momentous incident in the principal character’s childhood and takes some time to introduce the love interest. In Anya Seton’s Katherine the two principal characters don’t meet for fifty pages. Those pages are filled with interest and colour and establish the atmosphere and, importantly, the depth and strength of the heroine. A dramatic setting is being staged, ready for the arrival of the hero. There is a reason why such books become classics.

So I’m nailing my colours to the mast. Here’s to the Historical With Romantic Elements, a novel that is immediately recognisable for what it is –a good meaty story, colourful, eventful, with standout characters, plus the element we all want, the Romance.

Frances Burke is an Australian writer of historical novels (with romance element) set in varying countries and periods, usually with a background of war or civil upheaval, and from the viewpoint of a woman challenging the accepted mores of the time.  Learn more about Frances from her website and her Amazon author page.

8 thoughts on “The Historical with Romantic Elements”