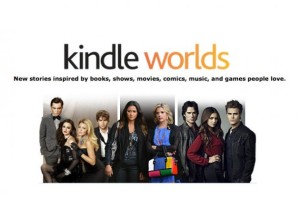 I would love to be a fly on the wall at Amazon when they devise new programs like Kindle Worlds. They are capitalists to the core, and I’m not saying this is a bad thing. If there is a way to make a profit in the changing digital landscape they will figure it out.

Kindle Worlds is Amazon’s answer to the unsated need for quality fan fiction. Fan fiction, a written piece of work not officially sanctioned by the original creators, is tremendously popular. On the site http://www.fanfiction.net there are hundreds of communities where the obsessed fans can share their stories. The site http://harrypotterfanfiction.com contains over 80,000 stories about the world of Harry, Hogwarts, etc. The fan fiction movement has been growing at a rapid pace and the time was ripe for Amazon to come up with a way to cash in on the trend. END_OF_DOCUMENT_TOKEN_TO_BE_REPLACED 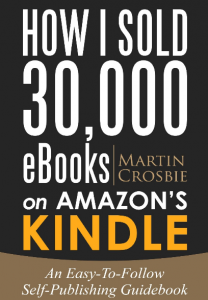 How I Sold 30,000 eBooks on Amazon’s Kindle
by Martin Crosbie
Available from Amazon US and Amazon UK.

In February 2012 Martin Crosbie’s self-published eBook My Temporary Life hit Amazon’s top ten overall bestseller list. The next month Amazon posted a press release revealing that Crosbie had made $46,000 in one month, with one book. Previously to this, his novel was rejected one hundred and thirty times by traditional publishers and agents.

In the months that followed, My Temporary Life and its sequel have been consistent sellers, often sitting atop Amazon’s rankings. Crosbie’s story has been mentioned in Publisher’s Weekly, Forbes online, and other media outlets around the world. In fact, Amazon referred to him as one of their 2012 success stories in their year-end press release.

How I Sold 30,000 eBooks on Amazon’s Kindle-An Easy-To-Follow Self-Publishing Guidebook tells the story of how he became a full-time writer, detailing the specific steps he took to find and connect with his readers. Plus, it describes how to adjust and tweak your strategy as Amazon changes their systems.

-Outlines the methods that the top 5% of successful self-published authors utilize to produce their eBooks in a professional, cost-effective manner

For a sample of some of the great information in this book, check out this list of book promo sites. 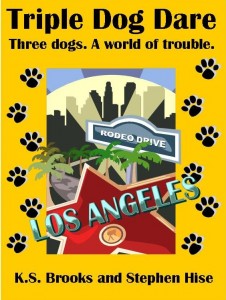 Yesterday, K.S. Brooks gave you her take on our creative collaboration in developing our latest book, Triple Dog Dare (available at Amazon US and Amazon UK).  A couple of weeks ago, my article focused on the general concepts of creative collaboration. Being able to produce a book as part of a team is a pretty neat thing, but the creating is not necessarily where the collaboration ends. You can (and should) also work together to market the book you co-created.

Marketing is an enigma for most of us. It’s not that there aren’t a lot of opportunities out there, it’s just that we don’t always know the best ways to expend our limited energies and capital. Anecdotal evidence of some author’s success with a particular venue or strategy may be interesting, but your mileage may vary. END_OF_DOCUMENT_TOKEN_TO_BE_REPLACED