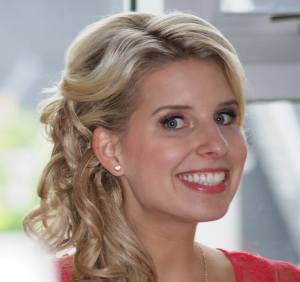 Nothing beats a good insane character. They’re unpredictable, obsessive, totally spellbinding … and hard to write. Their arcs and motivations can differ completely from ordinary characters. Saying you’re going to write an insane character, however, is like going to a steakhouse and ordering a beef and a wine. You need to get specific. There are about a million types of crazy.

I spent two years studying some of the best crazy characters in order to understand what works best. I even took a university class on abnormal psychology. (Yeah. I went there.) Through it all, I came up with nine ways to intensify the character. For those of you looking to lose your fictional marbles, let me share what I’ve learned.

1. He is a man-vs-self conflict

This character is his own antagonist. Take everything you know about the relationship between protagonist and antagonist, and apply those rules to the sane and insane parts of the character.

For example, we know the antagonist should share a lot of qualities with the protagonist, except for a key moral difference. What flaw is splintering your character’s sanity? Is it alcohol abuse, as in The Shining? Jack’s descent into madness literally changes his character from protagonist to antagonist.

2. He deeply affects other characters

Many crazies are master manipulators: Annie Wilkes (Misery), Esther (The Bell Jar), Lisa (Girl, Interrupted), and of course Fight Club. Yes, others follow Tyler Durden because he’s charismatic — but also because they’re terrified of the guy. Putting your character in a position of power adds layers of tension, because that crazy antagonist suddenly has a wider reach.

Raise the stakes by ensuring the character’s loved ones are affected. Look at the intense moments in A Beautiful Mind: when John Nash leaves his baby in the tub because he’s preoccupied with his hallucinations, or when his hallucinations tell him to kill his wife. The punch comes from our wondering whether he’s going to hurt people he loves because of a lapse in sanity.

3. His arc is driven by obsession

In Silver Linings Playbook, Pat is driven by obsession with his ex-wife. In Misery, Annie’s obsession with Paul Sheldon gets downright horrifying. For these characters, obsession is a side effect of having a screw loose, but it can also go the other way.

In Black Swan, Nina’s obsession with becoming the perfect ballerina drives her to insanity. One plot peak marks a turning point from Passive Nina to I-Get-What-I-Want Nina. A second peak marks a turning point from I-Get-What-I-Want Nina to You’ll-Die-If-You-Get-In-My-Way Nina. They are pivotal in showing how desperate she is to achieve her goal. Give your insane character these moments!

4. He probably knows something’s not quite right

In Still Alice, Alice knows she’s losing her mind and knows when she’s being weird — at least until the Alzheimer’s completely overtakes her. Maybe your character knows something’s not right (where are those voices coming from?) but thinks she can control it.

5. He shows symptoms of a real mental disorder

Ok, the vast majority of real mental disorders are less psychotic than what we see in books and movies. However, insane characters should still have disorders rooted in fact. Study the real thing — the science will inspire you. Look up blunted affect, anhedonia, asociality, thought disorder, catatonia, and other interesting symptoms you stumble across in the Diagnostic and Statistical Manual of Mental Disorders.

In Fatal Attraction, Alex Forrest probably has borderline personality disorder — a condition that makes for particularly fun cinema. (By the way, anyone else still find molasses-covered Glenn Close more terrifying than bunny-boiling Glenn Close? No? Just me? Ok.)

Most insane characters seem to have an escalated version of psychosis. This disorder is worth researching, from the early signs (social withdrawal, sleep disturbance, anxiety…) to full-blown delusions, hallucinations, and speech problems.

6. He has behavioural quirks

Quirks can range from simple to totally whacked-out behavioural patterns. In A Beautiful Mind, John touches his forehead when he’s nervous. Simple, but the way he does it is strange, indicating something’s off.

For a grand finale, watch The Dark Knight and skip to all parts involving The Joker. Holy psychopath, Batman.

Normal characters have goals centred around a primal urge. Avoid hunger. Get the girl. Take my hand away from that burning sensation.

In A Beautiful Mind, John’s obsession takes priority over everything else, including sex and food. In The Bell Jar, Esther goes a whole week without sleeping. In Fight Club and Black Swan, the characters self-mutilate.

8. He was set off by something

What triggered your character’s descent into madness? You may choose to show the trigger in your plot, or mask it as backstory.

Mental disorders have a variety of causes. Why does your character have this disorder? Was her mom bipolar? Is it drug-induced psychosis? Did she have a traumatic experience as a child? Again, use science to inspire you.

In Black Swan, we clearly see that Nina’s problem comes from her mother. Early on, she shows symptoms of an anxiety disorder (she scratches herself in her sleep, throws up, etc.). Eventually, tests and trials make her problem escalate into full-blown psychosis.

This is the moment we’ve all been waiting for, when your character goes totally bananas. The “Here’s Johnny!”, the “It’s my turn!”, the “You wanna know how I got these scars?” moment. Have fun with this! A crazy character’s Snap moment is probably the most fun thing to write. Like, ever. In the history of time.

Note that an insane character doesn’t have to be doomed. Silver Linings Playbook and A Beautiful Mind end with triumphs over the madness. In these films, the Snap happens during the “all is lost” moment when we think the character has lost to his insanity — but the character ultimately triumphs during the climax.

Figure out what arc you want your character to take, what obsession drives his madness, and what behavioural quirks he’ll have. Does his story end when he overcomes his obsession, as in Silver Linings Playbook? Or does her story end with her screaming “It’s my turn!” and doing some serious damage with a glass shard, as in Black Swan?

If you’re preparing to write an insane character, I do recommend you study the books and movies I reference. (Maybe bring a friend, because the movies are slightly terrifying.)

Who’s your favourite insane character? What books or movies can you recommend? (Really, please recommend. I will read/watch them!)

Tiana Warner was born and raised in British Columbia, Canada. She enjoys riding her horse, Bailey, and collecting tea cups. Her new YA fantasy, Ice Massacre, is now available, and proves she thoroughly lost her fictional marbles. Learn more about Tiana on her website or her Author Central page.

25 thoughts on “9 Tips for Writing an Insane Character”