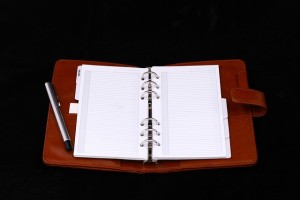 There are tons of productivity systems to help us keep track of ourselves. Analog systems such as the store-bought day planners like Filofax, Franklin, and DayTimer are old favorites. Other analog options are the inexpensive build-your-own systems like Getting Things Done (GTD,) and the newer system called Bullet Journaling (popular, but it’s much too elaborate for me). Digital products are also available. Two of the more highly rated ones are Planner Plus and the Anytime Organizer. We can even find (or improvise) hybrid systems combining a little of both.

I confess that most of these are just not fuel-efficient for me because I’m not willing to expend the time and energy to set them up and keep them running. It requires a 24/7/365 effort to make them work. I could be in the minority here because day planners, and now organization apps, are top sellers. I suspect that plenty of people try some of these, maybe actually use them for a year or two, but then decide to drop them because they just don’t feel like going to all that effort to maintain them. Others may find them extremely helpful and wouldn’t dream of using anything else. Maybe the digital apps will work for those who prefer to rely on tech. Apps wouldn’t work for me because I fear power outages, software glitches, hackers, and my inability to type fast enough on itty-bitty keyboards.

Of course, now that I’m doing a monthly newsletter, I don’t actually need to write all this down. It’s in my head. See? Fuel-efficient.

Second thing – Make a (physical) file folder for all the papers you choose to keep, even if the paper is just one sheet. This was hard because my brain was screaming, “You can’t waste a whole folder on a single piece of paper!” Well yes, yes you can, according to GTD. This way, you avoid having a Miscellaneous folder, which is the same thing as a black hole because you’ll never find that piece of paper again if it doesn’t have its own, unique folder, such as “Roswell, NM, UFO Museum Flyer.”

GTD says you need a “Capture Device” (usually a notebook) in which to jot down your random flashes of genius, things that need to be done, project ideas, goals, a recipe from a magazine in the doctor’s office waiting room, and so on. I did that for a while, but I found myself having to spend a lot of time thumbing back through pages and transferring entries to files, calendars, recipe cards, to-do lists, etc. Not fuel-efficient enough.

Because I write, I tried to maintain a combination Capture Device/writer’s notebook. That was disappointing because there again, I had to search through and transfer parts of to-do lists, reminders, and recipes, plus bits of dialog, plot ideas, character names, etc. to file folders, Word documents, index cards, etc. Otherwise, I’d never find them again without wasting a lot of time and effort. Definitely not fuel-efficient.

I do like the idea of having a Capture Device. I love the idea of using a writer’s notebook. However, I don’t want to carry two notebooks around with me. But without a workable system, I’m likely to forget something important. My current so-called productivity system is almost hopeless. It’s a collection of Post-Its, notes on the backs of receipts and envelopes, paper napkins, pages torn from a small spiral notebook (ragged edges and all,) and middle-of-the-night iPhone emails to myself. (The phone charges on my nightstand. Emailing is better than using a notepad because I don’t have to turn on a light and disturb the hubs.)

I’ve read about a method for a writer’s notebook that’s more organized. It requires you to set up tabs for different sections, such as Plot Ideas, Character Sketches, Blogpost Ideas, etc. (Of course you’d need to abbreviate each of those to try to fit them on a tiny tab.) Some people recommend yet another method, one that requires you to number the front and back of each page, so that you can then construct a Table of Contents. Um, no. Not fuel-efficient.

Besides, I wanted to find a no-fuss, fuel-efficient combination Capture Device/writer’s notebook, but I just hadn’t found a system that would work for me.

I’ve found a better way. A way so simple, so elegant, so fuel-efficient that I can envision myself using it for years to come. And I’ll tell you all about it later this week.

9 thoughts on “Fuel-Efficient Productivity for Writers”