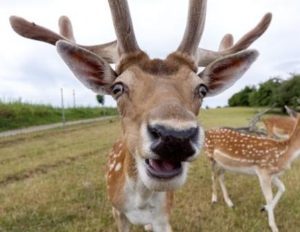 So, you’ve heard that making books perma-free (permanently or long-term free) is a great way to spur sales of your other books. You read an IU article on how to make your book perma-free, you did it, and now, six months later, your book has a ranking of 80,000 in free books and you’re barely getting one free download a week. Where did things go wrong?

Well, what I’ve described is not unusual. Free can be an effective strategy, but it’s not one that is effortless. If you don’t promote free, it can go badly. Today, I’m going to discuss some ways you can get the most out of a free book. Before I get started, if you don’t believe in using a free book strategy and aren’t open to the idea, then stop reading this article. Don’t leave a nasty comment that says you don’t ever make your books free, and lambast those who do.

Now, onto getting the most out of a free book. So that everyone is on the same page, let’s start with the definition of the term. Perma-free is generally defined as making a book permanently or long-term free.

While there are advantages to having a book temporarily free, using perma-free has different advantages. Generally, to get the most out of perma-free, the book should be the first of a series. The guiding principle in this is that the first awesome book is free, and then readers are so excited, they buy the remaining books in the series. While some people will make a non-series standalone book perma-free, it doesn’t funnel readers into your other books as effectively. If you choose to make a non-series book free, the reader doesn’t have automatic incentive to go to the next book. If the person liked the non-series book, you now have to convince them that some other book you’ve written is one they will also like. This is a bigger leap of faith for the reader. You could lose them at the blurb level, or in the first chapter. With a series, if they liked the first book and the characters, they are invested in the world and more likely to buy the next in the series, because these characters have already shown they can deliver. They’ll assume those characters will continue to deliver in subsequent books. Perma-free can work with a continuous series (like Harry Potter), where the books continue the overall story and must be read in order, or as a non-contiguous series that keep the same main character, but each book is a separate story that can be read on its own (such as James Patterson’s Alex Cross stories or Sue Grafton’s Alphabet mysteries).

Now that we understand how perma-free is supposed to work optimally, there are two reasons why it doesn’t work: too few books are given away and/or there is too low of a read-through rate.

The read-through rate is the percentage of people who, after downloading the free book, purchase the second book in the series. You can determine this rate by dividing the month’s downloads by the month’s sales of book two. So, if you had 2,000 downloads of book one in a month, and 200 sales of book two, your read through rate is 10 percent. While the read-through rate should be higher for a paid book, 10 percent is decent for a free book. Free books will automatically have a lower read-through rate because many of the people who download the book aren’t going to read it. And some who download the book aren’t going to like it because it wasn’t a good fit for them. People who download free books often know, based on the description, that it’s not their typical book, but decided to “give it a try” because it was free. And sometimes they’ll hate it. They’re not buying book two, and they may even give you a one-star review. If book one is free and the remaining books are in KDP Select, you’re not going to know your read-through rate 100 percent. But you can get a decent estimate by figuring out the minimum number of borrows you’ve had (divide the pages read for the month by the Kindle Edition Normalized Page Count for the book). Once you have the minimum number of borrows, you can add that to sales to come up with a combined sales and borrows number to use in your read-through rate equation.

As I said earlier, you need a lot of downloads to optimize perma-free. Amazon’s algorithms reward books that are selling well. The more a book sells, the more it is shown to potential buyers. The less it sells, the less it is shown. So, if your book hits the doldrums, it’s likely to stay there, unless you jolt it out. This means that a perma-free title typically needs to be advertised regularly, to keep it from sinking to the bottom of the rankings.

When I say advertising, this can be both paid advertising, as well as non-paid. You can blog about the book or guest post, which are free options. I would also recommend doing newsletter swaps. I wrote about the site BookBoast.com (it recently changed its name; it was NewsletterSwap when I first wrote about it), which can help people arrange book swaps. You can also use Facebook groups to find swaps.

You should also do some paid advertising. Try advertising your book once a month in one or two of the sites that you’ve found do well. Be sure to keep track of it, and also keep track of other books you need to advertise. While most sites restrict a specific book from being advertised more than once every 90 days, some also prevent the same author from advertising more than two different books in a 30-day period. If you have multiple series, you’ll want to make sure your free ad isn’t going to interfere with advertising paid books (99 cent deals). When you do paid advertising, you’re likely to get higher spikes in downloads, but a lower read-through rate (because a lot of those were impulse buys from people who are setting the book aside for later — or never).

When you get eyeballs on your book and have a good read-through rate, your perma-free will do well. If you do things to boost eyeballs on the book and it still doesn’t catch on, you can try any of the other measures authors use to refresh a book (changing the blurb, or re-doing the cover). However, if the book still doesn’t get eyeballs or your read-through rate remains in the single digits, it may be an indication that the book/series simply isn’t resonating with readers. If that’s the case, it’s fine to stop focusing energy on that book series, and move on to one that will be more profitable.