Here is an excerpt from Don’t Tell Anyone… END_OF_DOCUMENT_TOKEN_TO_BE_REPLACED 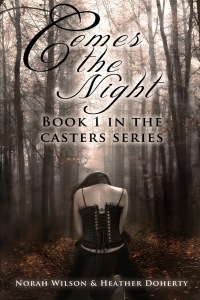 Author Norah Wilson is pleased to announce the release of her new young adult paranormal novel, Comes the Night.

Comes the Night was released on November 27, 2012 and is currently available from Amazon.com, Amazon UK, and Smashwords. 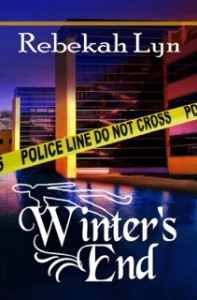 Author Rebekah Lyn is pleased to announce the release of her new novel, Winter’s End.

Nearby, at boutique Hotel Lago, Stephen Longbottom, acting concierge manager, is anxiously awaiting the arrival of the board of directors for Silken Pleasures, a multimillion dollar company based in New York and specializing in high end cosmetics, fragrances and lingerie. Their incessant demands before they even arrive are driving him to distraction. Meanwhile Lizzie Reynolds, his boss is on a romantic ski trip in Vermont leaving him to manage his first solo event.

Winter’s End was released on November 27, 2012 and is currently available from Amazon.com, Amazon UK, Barnes & Noble, and Smashwords.

Author Martin Crosbie is pleased to announce the release of his new suspense thriller, My Name Is Hardly.

My Name Is Hardly, the follow-up book to the #1 Amazon best seller My Temporary Life, was released on December 10, 2012 and is currently available from Amazon.com, and Amazon UK.