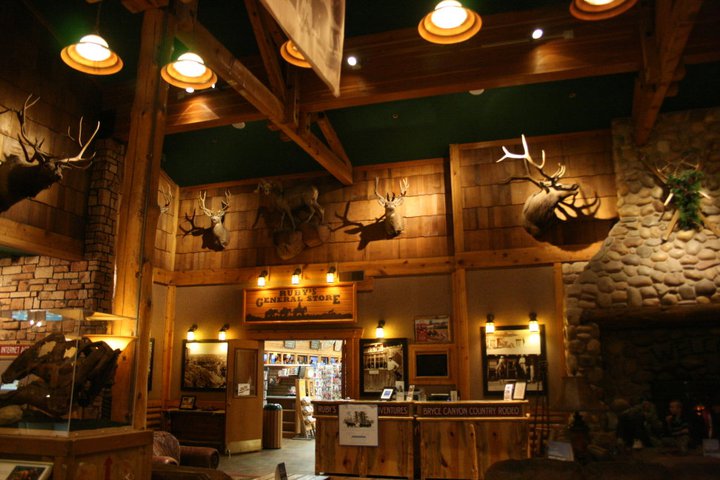 A total of 97 votes were cast in the contest this week. The winner (with 39% of those votes) is: Contestant #3 Shiri Sondheimer.

Congratulations to Shiri, and thanks to everyone who participated – excellent entries! Now, without further ado, (release balloons) here’s the winning entry:

The damned deer.
Jesse’s father and grandfather took Jesse hunting for the first time on his tenth birthday. “In his blood,” Grandpa said when the boy had took his first buck without any hesitation. Jesse enjoyed the skinning, the gutting. He reveled in the blood and brains. Even the eyes.
He went for deer every year thereafter and each year, he enjoyed the hunt more, the kills.
Then, six months ago, while prepping for a private party, Jesse happened to glance up, to notice a thick layer of dust and cobwebs on the fur and antlers of his trophies, his babies. He got the ladder, climbed up, started sweeping.
In the midst of his work, he happened to meet the eyes of his largest prize.
Its gaze bored in to him.
I had a family, you know, it said. A doe, a couple of fawns. I was just minding my own business and you traipsed into my woods with those barbarians. I was still alive when you shoved the knife into my belly. I felt every second of you tearing out my intestines.
Unsure of how to respond, Jesse went about his business.
After that, every time he was in the main room, they’d start shouting at him, sometimes just one of them, sometimes the whole lot. Expounding on his flaws. His sins.
The damned deer knew him better than he knew himself.
Eventually, it just got to be too much. The deer.
Not to mentioned the freakin’ dinosaur…